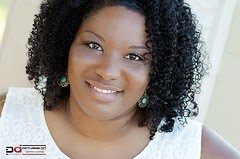 Faith Simone is a poet, playwright and novelist. She is also an active blogger, sharing her personal thoughts, book reviews and tips for writers on her website FaithSimone.com. Simone is passionate about using her gift of writing as a tool to help promote humanity, understanding and compassion. Connect with Faith at the following online outlets: website, Facebook, Twitter, and Goodreads. 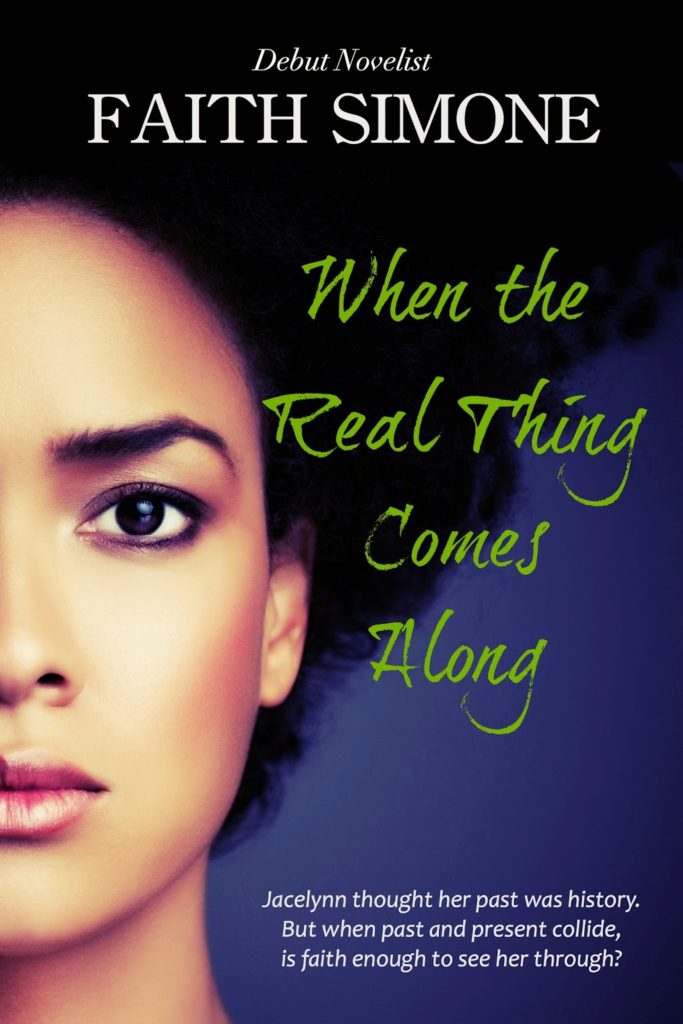 She loved and lost…Will faith give her the courage she needs to love again?

Jacelynn appears to have it all together: a great relationship with her boyfriend Jason who is truly a man after God’s own heart, a decent career and the love of family and friends. But when an unwelcome reminder from her past shows up, her previously uncomplicated world is turned upside down. Will she jeopardize what she has with Jason in an attempt to rewrite the mistakes of her past?

They say you never forget your first love, no matter how hard you try. So far, Jacelynn has done a pretty good job of forgetting Taylor, the boy who had her heart first. When Taylor returns several years later as a man requesting a second chance, what’s a girl to do…Especially when she already has a new man?

The hidden issues of Jacelynn’s heart come to light and she’s forced take a hard look in the mirror while making choices that will change her future forever. Will she be able to reconcile who she was then, with who she is in Christ now?

Living and loving in faith isn’t always easy, but it’s always worth it. That’s what happens…
When the Real Thing Comes Along … order your copy TODAY from Amazon!
|||||||

Faith is giving away Three (3) Amazon Gift Cards! Click on the rafflecopter giveaway button to enter!

WHO is Faith Simone?
My name is Faith Simone. Fun fact: I’ve lived in three states over the last seven years. I moved to all of them sight unseen. All but the initial move were totally spontaneous! I guess you could say that I’m a bit of a rolling stone. I’ve got my eye on Savannah, Georgia, next. I’ve never been, but it sounds poetic.

Another fun (or weird) fact: I sometimes randomly speak with a British accent. It’s weird and my relatives are always telling me that I’m an American and I should talk like it, lol.

WHAT are three things you cannot live without as a writer?
I cannot live without a computer. Ain’t nobody trying to write these books long hand. I’m also desperately attached to my smartphone. The note-to-self feature helps me keep track of things I want to research, promotional deadlines, scheduled meetings, etc. It totally keeps me organized. I can’t believe I was once one of those people who resisted getting one. Now, it’s an added appendage. The last thing I can’t live without are books. Lots and lots of books. If you’re a writer who doesn’t read I’ve got a revelation for you; you’re doing it wrong!

WHEN did you know you wanted to make a living from writing?
About two years ago I had an epiphany of sorts. I figured out that I was born to write. I also realized that there were plenty of people who made a living doing it and I wanted to be one of those people. I’m still on my journey to being able to support myself solely through writing. For now my social services 9-5 job pays the bills, and I’m grateful for it!

WHERE does your inspiration for writing come from?
My inspiration first comes from God. I’m telling you, that the master of the universe has some awesome ideas! I also get great ideas from simply watching people. Writers are intuitively perceptive observers of life. It’s amazing how an entire novel can bloom from seeing a look pass between two people, or overhearing a conversation at a restaurant. Everyday life inspires me.

WHY did you choose to write When the Real Thing Comes Along?
The idea came about when I was in my early twenties. I had a major crush on a guy who simply saw me as a friend. He had a girlfriend at the time. So I started writing When the Real Thing Comes Along as a form of therapy. In my creative world I figured I could manipulate things to play out the way I wanted them to. It wasn’t long before I discovered that my characters had minds of their own, and I was simply along for the ride. Ironically, the overarching theme of the book is learning to let go and accept the things about life that you can’t control.

As a first-time author, HOW does this first book help to develop the foundation of who you are as an author?
When the Real Thing Comes Along is my first novel and it helps lays the foundation of who I am as a writer by showcasing my style of writing realistic character driven stories of faith, grace and forgiveness. You won’t find over the top plots or sensationalism. I’m from the school of thought that believes that the truth is often better than fiction. I hope that When the Real Thing Comes Along establishes my brand as an author who takes readers on a literary journey in which they will laugh, cry and feel compelled to do a little introspection.

Excerpt from When the Real Thing Comes Along

“I’m sorry Jason. I don’t mean to hurt you, but I’ve got to be honest.” She gripped her hands tightly. “I don’t know which end is up anymore. I’m so confused. I need time to get myself together. Whether you believe it or not, this is not only about him. It’s about some things I haven’t dealt with.”

His voice was levelly controlled. “Don’t sit there and tell me that this is not about him, when you got next to him and now you want break up with me. What am I supposed to think?”

“I didn’t say that I wanted to break up with you.”

Defensively she asserted, “I’m telling you the truth. When I allowed myself to do that, I had to admit that I’m not ready for the level of intimacy and commitment you want. I’m still trying to find out who I am. I’m still trying to get over past pain and regret. It’s not fair to you. You deserve more than a broken woman.”

“Don’t tell me what’s fair. It’s not fair that I love you the way I do and you keep pushing me away. What do I have to do to prove to you that I’m for real, that you can trust me?” He stood up and walked out onto the balcony.

Jacelynn watched the muscles in his back ripple slightly as he breathed deeply. She knew that she was doing the right thing but the pain she felt on his behalf was almost physically disabling. She stood up and went into the bathroom. She ran a towel under cold water and pressed it to her eyes, willing herself to regain control of her emotions. Her behavior wasn’t making it any easier on him.

When she came out he was hunched over the railing, his forehead resting on his folded arms. She stood next to him and draped her arm over his back, leaning against him and gently pressing her lips to the back of his neck. He raised himself up and folded her into his arms in one smooth motion, burying his face in her neck and pulling her tightly to him.

She closed her eyes running her hands along his shoulders and his arms, trying to remember him before he was a memory. She absolutely treasured being in this man’s arms. Even now, the craziness she had been feeling all day started to evaporate the longer she stayed close to him. He was so solid, so much of a rock for her. But how long could he carry her? How long could he be her hero before he got tired?

She gently pushed him away. “I have to.”

They stood there. A mere two inches apart, but separated because of her fear and indecision.
He leaned forward and kissed her tenderly. “I still love you.”

She flashed back to Taylor saying the exact same words earlier that day. There he was again. Always coming up between them at moments when he should be the farthest thing from her mind. That was exactly why she needed this time to get it together. If Jason really cared about her, then he would wait. God knew she hoped he was for real. She wanted to commit to him whole heartedly. She couldn’t do that if she was still caught up in her past. So even though his eyes begged her to say the words that would make this whole fiasco a distant memory, she kept silent.

He turned to leave and she bit down hard on her bottom lip to keep from calling him back. When the door closed behind him, she walked back into the room and collapsed on the bed. Through her pain and her tears she heard the Spirit whisper, unto everything there is a season.

In Search Of… an Editor?

Check out my Editor page... then fill out my form to contact me!

In Search Of… a Manuscript Evaluation?

Manuscript evaluations are a great way, especially for first-time writers and those writers who have a first draft that they are iffy on, to deal with the most important part of a book first–the content. Check out my Manuscript Evaluation page to learn more and to contact me!