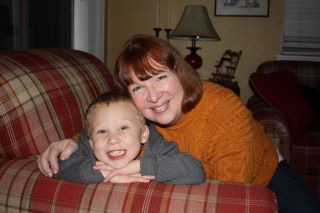 Where does your passion for writing come from?
Passion? Not sure that’s the right word, since passion can, and does, burn out. Just as with relationships, it takes a lot of work to continue doing something that, at least occasionally, you really, really want to walk away from. 🙂 Writing, or at least writing well, is hard. And often frustrating, when the brain might cough up an idea, but the words to express that idea are hiding in the crevices, sniggering and refusing to show themselves. Sigh. That’s not to say I don’t have moments when a scene falls together, or a character “says” something I had no idea was going to come out of his mouth, and I’m like, “This is the best job ever.” But do those moments compensate for alllll the others when I want to email my editor and wail, “I can’t do this anymore!”

And yet…I do feel that writing is – for now, at least – a calling. My calling, anyway. Why? Because my stories are about healing, about people overcoming all sorts of obstacles that would keep them from finding and accepting love in their lives. At their most basic, these are stories about good triumphing over evil – grief, fear, feelings of unworthiness, anything that would keep someone from embracing the best that life has to offer. And that’s what keeps me slogging away on a project during those dark times when I have no idea what I’m doing, or even what I’m supposed to be saying. Because above and beyond entertaining my readers – which is, of course, my primary goal – if I can perhaps encourage or inspire a few along the way, as well, then it’s all worth it. In spades.

If your passion for writing was a color, what color would it be and why?
A rainbow. 🙂

How do you keep the passion burning in your relationship with storytelling?
Again, it’s not passion, but a sense of purpose that’s thus far seen me through forty or so books. And I’m only a vehicle for that, not the originator. I’m a firm believer that there is only one Creator, and that the more we humans get ourselves out of the way, the more the divine Mind, or Soul, can shine through us. So whenever I’m tempted to feel discouraged I remind myself – vehemently, if necessary – Who’s really doing the work, and that there is no impediment to His perfect expression.

In other words, writing isn’t about me. I’m just the intermediary. 🙂 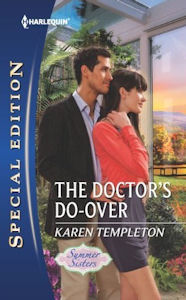 From the moment four-year-old Ryder Caldwell laid eyes on his parents’ housekeeper’s tiny baby girl, he was a goner, determined to protect the little girl forever. But as childhood melted into adolescence, so did those protective feelings, forcing Ryder to end their relationship before they made a mistake. But how could he have predicted that his rejection would send Melanie Duncan running into his brother’s arms? Now, ten years later, Mel has come home-and she’s not alone. She was always the woman Ryder couldn’t forget-and now she’s accompanied by the child he hadn’t known existed. And suddenly the good doctor can see everything he’s been searching his whole life to find…right in his own backyard….

To read the first chapter of THE DOCTOR’S DO-OVER, head to Karen’s website!