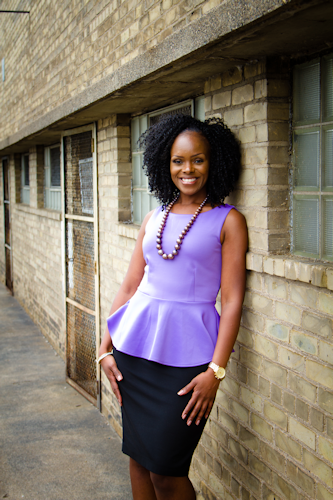 Elle Young, born Leslie Leontyne Young, grew up on the south-side of Minneapolis, MN. She was born in Cleveland, TN, to two working class parents who decided to move to Minneapolis when Elle was six months old. Her parents were in hopes of finding a better life for her and her two older brothers. Elle has always had a passion for writing, starting at three years old she would make up song lyrics and ask that her family all gather as she performed them. This passion grew into poetry and short stories, by high school Elle would ghost write love letters for her girlfriends and recite spoken word poetry before its trend. By college she became a self-proclaimed poet but she put her passion for writing and poetry on the back burner as she focused on obtaining her communications degree at St. Cloud State University.

Later, Elle entered the working force as a mortgage banker but could not relinquish her desire to become a published writer. Mortgage banking had made her successful but writing had become her life. Elle says, “I want to be able to do what I love in my lifetime, to wake up every morning fulfilled because I’m living my life by design.” With that in mind she took a summer off from work to complete her first book, one that she had given birth to a few years prior but knew that she had to wait until the time was right to finish.

Elle completed her first book, I’m Raising My Husband, the summer of 2013 and is currently working on its sequel.

You can learn more about Elle, I’m Raising My Husband, and Elle’s other pursuits at the following online outlets: Elle’s website, Facebook. Twitter, LinkedIn, and Google+. 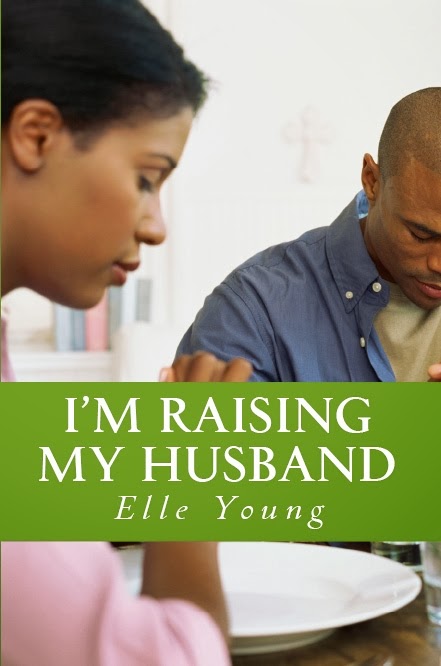 I’m Raising My Husband is a collection of journal entries over a five year marriage. The inner-most thoughts of a woman struggling with keeping her marriage together and watching her sanity fall apart. It’s the truth about what often goes on behind closed doors, the desperation to find help and what most are afraid to say out loud about it.

Revealing and honest, this tell-all starts at the core of the real matter. A husband never taught to do better, a wife too proud to leave and a family broken to pieces. The voice of this story is all too familiar to too many families facing separation and divorce. It has become the proclamation of this country’s cry.

Uncover the truth about pain, real life and testimony. Understand why you may think or react the way that you do in love. Find your purpose and power through discovery of who you are today as you work toward who you want to become tomorrow.

I’m Raising My Husband can be purchased in [paperback] and [Ebook] from Amazon!
:::::::
The Passion for Writing – From Elle’s Pen
Where does your passion for writing come from?
I love writing because I am able to journey through and to someone/someplace else. Even when I’m writing about myself, which is what I did in my book, I was able to journey back to those places in time that had so much meaning for me. I could see them objectively and was able to learn and heal from the experience. Writing offers so many open doors to escape through, you can creatively take your reader wherever they are willing to go!

If your passion for writing could be a color, what color would it be, and why?
My passion for writing would be a deep purple. A rich combination of blue and red! Sometimes my writing is sad or deep in thought and spirituality while other times it is hot like fire. When they come together; all the emotion, passion, creativity and desire, there’s this fusion of deep purple.

How do you keep the passion burning in your relationship with storytelling?
I like to tell the story like the story is. In non-fiction this is a natural feat. In fiction storytelling the “telling it like it is” comes through your knowledge of what you are talking about and truly committing to “keeping it real” as you possibly can. No need to over express the meaning of chocolate, everyone knows how sweet chocolate can be and we also know how bitter it can be, say it without over-laying it. My readers are committed to my writing style because I say it like their homegirl would, you know the one that tells you the truth no matter what (but without the overly done cliché voice we often hear African-American women expressed in). I keep the relationship alive because I’m invested in my writing, my story must be everything I have or it’s not worth it to me. I think my readers connect well with that and because of it they want more.

:::::::
Excerpt
Vengeance
∞∞∞
Vengeance was not mine while in Las Vegas, nor any other day thereafter. I remained married to my husband four years after that first anniversary spent in Sin City. What happened in the bathroom there was the prerequisite for the rest of my term. I had many classes to take and credits to earn. Las Vegas was simply the beginning of my journey. I had and still have more work to do.
When I left the bathroom I was emotionally drained. I had a hard time focusing on what was in front of me. My reality was more devastating in those next few hours than they had ever been. My ears kept ringing, my throat was hot and sore, and my head hurt something terrible. I had never felt so much pain. My body was manifesting the emotions I was feeling internally, physically. I was sick. I had an emotional pneumonia filling up in my lungs. It was hard to breathe. Hard to see. Hard to hear. I had to surrender all. In order to take another breath or step toward my next life, I had to surrender all to God.
This is a collection of journal entries that tells a story about how I surrendered the life I was living to get to the life I am now leading. How failed love almost took control of me. How I learned to understand what I was experiencing through emotional intelligence and intuition. How God spread seeds in me and encouraged me to grow where I had been planted. It took faith, it took strength, it took prayer, but above it all, it took time. I had to allow myself to be processed so that I could hear, see, and understand. I was challenged by others’ judgments and rules against me but I learned to let go and let God in. I learned to love the man I was married to for who he was and not for whom I wanted or even needed him to be. I learned to let go of what I wanted so that I could receive what God had designed for me. I had no idea then that what God had planned for me through this process would make me a virtuous woman. A powerful vessel. A better mother. A
better friend. A better person overall. But the lesson that I received that was most impactful was this: I learned through countless study hours, heart pain and disappointment that raising my husband was more about me and less about him, that this process was about me understanding him to understand how he was drawn into me. That he was a demonstration of what I was already experiencing internally long before he entered my life. That he did not do anything to me; I relinquished my power to him at will then I blamed him for it. That he was and is who he is, and that I always had a choice in the matter. There were many points of contention during this process. The human side of me wanted to strike back and sometimes I did, but the spirit continued to guide me through to the end.
I knew eventually there would be an end—an end to our marriage, our discord, and our suffering. The demise of our marriage was always apparent to me, but I did not step out of it until God deemed me ready. Christians often ask me what makes me think that God would say to divorce my husband. My response to that question is easy: God never said to divorce my husband, nor did he say to marry him. Both of those things were my choice. My husband and I were never equally yoked, there was no truss between us; we had not vowed with our spirits in marriage, only with our mouths. What we performed was a motion and it did not involve God. We left Him out of our marriage and because of that I feel we were never truly tied. God’s guidance steered me through a crash course of lessons in self-love, identity, and progression. At the end of those lessons, physical separation was my remuneration.
Vengeance was never mine and will forever be the Lord’s! What belongs to me now is reparation. An atonement of self-quantified love. I made it through the valley but have many mountains yet to climb.