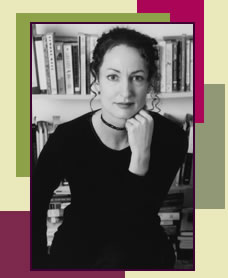 CONGRATS on having two of your pieces selected for the anthologies “This is Chick-Lit” and “Welcome to Wisteria Lane.” How did you feel upon learning your works were accepted?

Thanks for your kind wishes, Shon! Well, I’ll tell you how it felt: Good. There’s nothing like the sound of “yes” to make a girl’s day. Especially when said girl is used to hearing “maybe” and “no.”

That’s the writer’s life, though. We just have to keep sticking our neck out there like frightened, decrepit tortoises until somebody hands us a piece of lettuce. In the meantime we should keep busy sharpening our beaky nose and keeping an eye out for people who want to make turtle soup out of us for dinner.

Can you tell us a bit about each of your accepted projects?

Funny that you should ask . . . . I hope your subscribers and site visiters will check out the THIS IS CHICK-LIT anthology in which my story appears, if not for my story, then for all the others penned by a talented group of chicks. My contribution is called “Dead Men Don’t Eat Quiche.” It’s a short mystery featuring a goof-ball heroine who has to solve a vice count’s murder while her parents are visiting her in Paris.

For all you “Desperate Housewives” fans, I hope you’ll check out the anthology WELCOME TO WISTERIA LANE by SmartPop Books. Each piece is a fun and thoughtful look at the cult series. My contribution is called “Watching Desperate Housewives with the Europeans.” I use cross-cultural theory and personal observations to examine how Europeans view Americans via the series.

What are three of your guilty pleasures?

I’d tell you, but then I’d have to get a pen name.

As a member of your yahoogroup CHICK LIT: Women’s Fiction Markets and Tips, I have to say that you have created a phenomenal community. To those who may not know, tell us about the group and your inspiration for creating it.

I hope your readers will click on over to my place (http://www.deannacarlyle.com) and join in all the chick-lit fun. Who says reading and writing have to be lonely and boring? We sure don’t see it that way. The 1000+ authors and writers subscribed to ChickLit are serious about their career and their craft, but not so serious as to be a drag.

The inspiration for this networking group came from the spirit of the chick-lit genre itself: Chick lit is for any woman who has ever laughed at a joke about PMS, chocolate or a clueless man.

Being the chick lit aficionada that you are, what do you think the state of chick lit is today?

Chick lit is alive and well and getting her roots done! Her little sister is fighting off morning sickness and the boss from hell, and her big sister is considering Botox but realizes that this is probably a mistake and a sign of low self-worth.

Dream-on: You’ve been given greenlighted to do any creative project you want. What project would that be?

Ooh. That’s a toughie. I’d love to work on a team writing for a TV series. I’d also love to team up with a likeminded co-author for an epistolary novel or a mystery series. I thrive on that sense of personal responsibility and immediate feedback that comes with working in a team.

What are you currently working on?

Thanks for asking! I’m working on a chick-lit mystery series set in Paris and an historical drama screenplay set in Baden-Baden. Two completely different worlds and genres, but they keep me busy and happy.

Thanks again for this opportunity, Shon! I had fun.