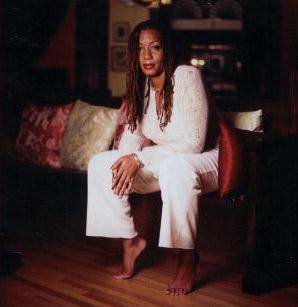 I heard a story that it took you almost ten years to get published. Tell us about the circumstance that brought about you getting THE CALL…and your reaction to it.

I started by submitting short stories to magazines back in 1989 and received nothing but rejection letters. In 1990, I decided to take my short story, Sugar and develop it into a full length novel. It took me about a year to accomplish that and then I started querying agents as well as publishers – and in between the rejection letters, I continued to tighten the story. Over time the standard rejection letter I had been receiving began to change and editors and agents started taking time to explain what they thought was problematic with the story line. This is a good thing – and so I made the required changes and continued to submit. Later on I began to receive letters from interested parties who really loved the story but just didn’t feel there was a place in the market for it. In any case, on Feb 9, 1999, I sent a email to James Vines (agent), he requested the ms, and two weeks later signed me. I had a two book deal by the end of the week I signed on with him. I was out to lunch w/some co-workers and James was calling me on my cell phone w/every offer the publisher made – it was very exciting. I handed in my resignation letter the next day and never looked back.

Your debut novel, SUGAR, by far, is one of the best books I have ever read. It is delicate and painful and rhythmic and joyous all wrapped into one, tight pleasurable read. What sparked your need to write it?

Sugar started at as a poem and then extended herself into a short story – but she wasn’t happy with that and so revealed herself to me in a way she hadn’t done before leaving me no other choice but to write her story and share it with the world.

Funny you should ask that! I ask people that all of the time. A strong dark wine, a strong dark man, and a white sand beach!

The very first line of SUGAR is killer. How important, to you, is grabbing the reader on the first page?

In fiction writing 101, you’re taught to try to grab the reader with the first sentence. Since I didn’t take fiction 101 until after Sugar was mostly written, I have to assume that it’s just instinct. I want to write what I like to read. I want my readers to be captivated from the beginning, which is exactly what I want when I pick up a book.

Do you write every day?

No, I wish I could, but the stories unfold themselves at a very slow pace. I do, however, think about the story on a daily basis. I pay attention to the scenes the characters present to me, turning it over and over in my head until finally I think I’ve gotten the essence of it and then I sit down and write.

High heels! I stand at five feet six inches and I’m a “thick” girl – I feel that that extra three or six inch lift from a pair of sexy heels help to soften my curves.

To write as deeply as you do, there has to be influences; what or who influences you as a writer?

I am influenced by writers, my family, friends, strangers, animals…everything and everybody. I feel very deeply. I cry often – not that I’m depressed – I’m very happy – but that’s how deeply I feel things and that’s how I express what I feel – whether it’s happy or sad. So that part of me comes out in my stories.

In each book I’ve read of yours, from SUGAR to CAMILLA’S ROSES, you seem to get better and better. Obviously, you are not only a good storyteller, but a good writer. What are three must-heed pieces of advice you would offer aspiring writers?

One, remain true to the story the characters are sharing with you; two, keep in mind that publishing is a business – and that publishers are in business to make money, so decide what you’re in it for; and three, develop a thick skin.

What do you do when you want to relax?

You have a new book out under a pseudonym–GROOVE. It’s a total departure from your previous works. Why such a departure?

I started Groove years ago when I was unable to sell Sugar. I figured I’d write something that was sure to sell – because that was the climate of the market then and now. In my mind, Groove would be the book to get my foot through the door.
Now I feel that Groove will bring readers to Bernice McFadden. Those readers who would not have picked up one of my books in the past.

Where did the idea of this book and the trilogy come from?

The idea came from every day life. I know or have known at some time in my life every one of the characters in Groove. I just took what I knew and exaggerated the personalities.

If you had to pick three adjectives to describe you, what would they be?

How easy/hard was it for you to make that transition from literature to more genre/commercial fiction?

Groove was an easy write. It was fun and quick. I was in control the entire time. It was a big change to be the one manipulating instead of the one being manipulated.

What has been the reaction to the racy, humorous alter ego, Geneva Holliday?

Some of my friends were a little shocked when they read Groove. They had looks on their faces like a child who’d caught his or her parents having sex! Overall, my readers have really enjoyed Groove and are looking forward to the other installments. Fever the follow-up, will be available April 2006.