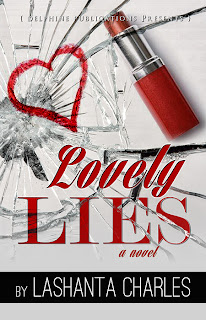 Makynzee has spent all of her life being dependent on people who’ve always disappointed her, especially her abusive mother. Everyone lies to her – her sister, her uncle, even her beloved father. When her mom strips her of her one true love, gymnastics, she’s determined to find and maintain her independence. There’s only one little problem…money. She sets out to find a job as a dancer at a gentelman’s club, but finds Kalil instead. With his looks, money, and charisma any woman would be crazy not to want him and Makynzee’s no different. Falling for him fast she soon discovers some things just arent adding up and Kalil may not be the man she thought he was. He wants to be with her and provide for her, but can he protect her? When a love-struck fan becomes obsessed and begins attacking and stalking Makynzee she questions Kalil’s ability to be her protector. Makynzee has no idea who he is, where he came from, or why he’s here, but he’s determined to have her even if that means eliminating everyone she knows and loves. By any means necessary, right? She belongs to him and he’s claiming what’s rightfully his, no matter the circumstances. When truths are revealed, they threaten to tear Makynzee’s soul apart and chaos becomes her life. Will she be able to escape this temporary insanity or will she become a permanent victim?

What to do when it seems that everyone about you lies and no one gives you what you really need… love? This thought is at the heart of LaShanta Charles’ debut novel, LOVELY LIES, a story that from the first sentence hits you with conflict, tension, and drama and pulls you through a story rife with pain, heartache, relationship drama, love, and danger for the main character, Makynzee. Makynzee seems to have lost everything when her mother rips the one thing she loves, gymnastics, from her grip. To make it on her own, Makynzee begins working as a dancer at a gentleman’s club and there finds a man that can give her everything she needs, despite the fact that he’s not as perfect as he appears. Her life becomes more complicated when one of her fans turns into a stalker and puts Makynzee’s life in danger. Where can she turn? Who will protect her? Will she make it out of the ordeal with her life intact and love by her side? You can’t help but to be drawn to Makynzee as Charles develops her well. She’s a woman that many of probably know, at least in essence, and this is what drew me in to the story. It doesn’t hurt that Charles does a solid job of providing the reader with a story with other complex characters, heightened drama, and twists that leave the reader unsure what will happen next.