In the Fall/Winter of 2005, I received the book FLIRTING WITH PRIDE & PREJUDICE, a collection of essays that discuss Jane Austen’s most-loved classic. Two of the contributors happen to be favorite authors of mine, Lauren Baratz-Logsted (The Thin Pink Line, Crossing the Line, A Little Change of Face) and Melissa Senate (See Jane Date, The Solomon Sisters Wise Up, Whose Wedding Is It Anyway?), so I decided to sit down with them and talk a bit about the collection and chick lit. 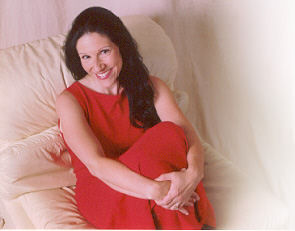 I really enjoyed your essay; I think what strikes me is the balance you provide in the piece. There are those in the literati who bad mouth Chick Lit, and there are writers of the genre who are helping to perpetuate the bad mouthing. In the essay, you discuss how, in Elizabeth, Austen offers the reader a formidable, headstrong female character and how though the “Darcy” character seems to remain constant in modern stories, the “Elizabeth” character, in many instances, has been dumbed down. What, do you think, contributes to this dumbing down…and inevitably, the acceptability of the trend in the female character?

That’s probably a bigger question than my small intelligence can answer, but I do think there is an occasionally unfortunate perception on the part of publishers that readers are none too bright and that if characters are too bright, the reader will become alienated. One of the misperceptions about Chick-Lit is that they feature Everywoman “girl next door” types. And yet my own books feature women you would never want to live next door to but who are also highly educated and, for some strange reason, people seem to be buying the books and some of those people even seem to be enjoying them.

For as long as I can remember, there has been a huge chasm between genre (commercial fiction) and literary fiction, with commercial fiction (albeit it, making more money) receiving the short end of the stick. Do you think this rift between chick lit and ‘literati’ is a simple extension of that, or do you think there are additional reasons behind the disdain (of some people) for this genre?

I think the rift runs deeper than that; I think it has to do with Chick-Lit being primarily for, about and by women, and that somehow this earns these books a less than status in the eyes of the world. And while literary and commercial writers may be at war with one another in other areas, I can’t imagine a collection of stories titled These Are Not Mysteries or This Is Not Science Fiction. On the other hand, back in April an item appeared on the online industry newsletter Publisher’s Lunch about a forthcoming collection entitled This Is Not Chick Lit; in other words, a collection where the contributors are defining themselves by what they are not. As a response, I’m editing a collection of 18 stories for BenBella Books called This Is Chick Lit, which will be published in Fall 2006.

In your essay, you do a bit of self-promoting of one of your latest projects: Chick-Lit: A Love Story. Having read your essay, having read your works, and having read, via various avenues, your thoughts on the industry and the Chick Lit genre, I can’t help but wonder if there is a double meaning behind the title; is there a romance? Is there a love affair with chick lit? Both? Neither? Tell us a bit about this upcoming project.

First, I should say that Chick-Lit: A Love Story is not currently on any publishers’ shedules. I have two more books coming from Red Dress Ink – How Nancy Drew Saved My Life and Baby Needs a New Pair of Jimmy Choos – as well as a literary Victorian/suspense/erotic novel called Vertigo from Bantam and an earnest YA about teen pregnancy called Angel’s Choice from Simon & Schuster. Getting back to Chick-Lit: A Love Story, I do hope to one day have it see the light of publishing day, but I primarily wrote it for my own pleasure. It’s a modern retelling of Pride & Prejudice in which a successful writer of Chick-Lit crosses swords and hearts with the editor-in-chief of the New York Times Book Review. Which one is Pride? Which one is Prejudiced? Probably both, actually, as are Lits and Chicks themselves.

What is your writing philosophy?

I don’t know if I have any philosophy, but I do like to write stories, whether they have a chick-friendly plot or no, that contain themes that say something about the way we live our lives. If I had to pick a goal as a writer, I’d say it’s to write stories that move the reader on some level: that make them feel something or make them laugh. If I can make them think at the same time, it’s all good. Oh, and unless I’m ruffling at least a few people’s feathers, I never feel I’m doing my proper job. 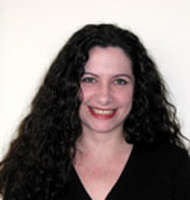 Your piece in the anthology, “Charlotte’s Side of the Story” is a modern take of Charlotte and Mr. Collins’ story in Pride & Prejudice. What inspired you to write a story showing Charlotte’s side?

I was annoyed by Elizabeth’s judgment of her! Charlotte believed her options were limited and she saw an opportunity and seized it. (Okay, manipulated it.) I have friends in their late thirties who are single and scared to death about that ticking biological clock (the one everyone makes fun of) stopping. If you’re thirty-nine and single, and you want a family, a husband and a child, what are you supposed to do? Charlotte in P&P was much younger of course, and in 2006, that Charlotte would be running for President, not giving a fig about a husband or a home. But I wanted to explore some of the issues set up in P&P in modern times, and so I gave her that ticking clock.

How progressive Austen was to have a character like Charlotte in her novel. In your rendition of Charlotte, she is a non-bitter, very pragmatic woman who knows what she wants, needs, and goes for these things despite what “society” deems right. Everyone wants the falling in love, flowers, rainbows, Prince Charming, happily ever after life, yet Charlotte wants an attentive husband and children. Period. And she gets that in the end of your story. Being a romantic at heart, I couldn’t help but wonder if she shortchanged herself in the end. As the writer of the piece, what’s your take of Charlotte’s decision to seek happiness instead of “head over heels” love?

In today’s (1/8/06) wonderful Modern Love essay in the New York Times, the writer says, “Marriage may be love, but it’s not romance. Romance is about getting a sense, an impression. A notion of another person. There’s the tension and thrill and not knowing what the other person really feels or whether you’ll end up together. Love is about knowing all the facts—good and bad—and caring about the person anyway. Where romance is nuance. Love is encyclopedic.” I like that. My Willy Collins gave Charlotte what she wanted most, and for that, she’ll always have a soft spot for him, despite how annoying he is. But very importantly, I think that people shouldn’t be judged for decisions they make that work for them. Charlotte made the decision that worked for her in P&P and in my story, and I applaud her for it!

Charlotte is the type of female character we don’t see too much of in Chick Lit. We see women who are independent, who know what they want (more or less), yet many of them still have stars in their eyes and the happily ever after want of “forever love”. What other characters have you read that mirror Charlotte in personality and character?

Hmmm. I’m not sure I agree about the stars in their eyes or the happily ever after. I think Chick Lit heroines are much smarter than naysayers give them credit for. First of all, they’re usually put through the ringer before they get what they want (which may or may not be that cute guy).

I must confess that it strikes me as odd to apply a modern term to a nineteenth century classic, but the issues and questions raised in Pride and Prejudice are timeless: Woman’s place in the world in a given time period, with the mores of that age affecting everything.

The term Chick Lit has taken many meanings since its inception; we deem Helen Fielding the mother of modern Chick Lit. We proclaim Austen to be the original writer of Chick Lit. What, to you, defines “traditional” Chick Lit?

You don’t much see “traditional” any more. Editors and agent will tell you chick lit manuscripts need to be “different’ and “fresh” and “have a twist.” Then again, a “traditional” Chick Lit novel about a young woman in the city, dealing with that evil boss, dating woes, meddling relatives, and searching for her own happiness and peace of mind, will always have a place on the shelves if the author’s voice is both entertaining and honest.

Want to learn MORE about these authors? Check out Lauren’s website: http://www.laurenbaratzlogsted.com, and Melissa’s website at http://www.melissasenate.com!