The story of Fireflies is a special one, but even more special is how it came to be.
My love affair with books began early. The school or local library was a world beckoning the search for “happily ever after.” I fell in love with those words, and adventures that led to them. I couldn’t resist the urge to try putting words to paper, a kid’s imagination.

Even though I knew I really enjoyed it, and the words flowed easily, it wasn’t until later adulthood that I recognized it as a passion. The story’s not uncommon but what do you do with a passion even after you recognize it?

My adult-discovered and recovered passion only a blossoming bud, I sat writing in my journal one night as I was finding my way through dark, gut-wrenching circumstances, and wondered how many of these books with blank pages I’d filled with words penned from my heart. As I thumbed through the pages, I realized that I’d never stopped writing – I just hadn’t let stories in my imagination have any play, let alone find their way to paper.

How could I get all the heart that was in these journals in book form?

During this time – after several years of gasping for breath and reinventing my life – I was in the process of becoming a Life Coach. My experiences and all that I’d learned were recorded in my journals, so it was logical to envision my first book as non-fiction.

I had also pursued studying writing and was pleasantly surprised when my love for fiction began to re-emerge and was told by my writing mentor that “You have a bent for fiction.” Then, came the moment that sealed the deal. When the fiction portion of the study was nearing an end, I received an email from my writing mentor: “Wow!! I so enjoyed reading this. Your writing is getting so strong. I’m not kidding. You keep persevering because you have a future here, and I don’t say that to just anyone!”

That was the gust of wind beneath my wings; it allowed me to let my love for fiction live, while a whirlwind of light-bulb moments flickered like fireflies in the night sky – one of which was that Jesus himself spoke to the hearts of people in parables; stories.

My non-fiction metamorphosed into fiction. As wings began to sprout into a soaring, powerful story, the day came when its title, “Fireflies” burst into the midst of it all like a 4th of July sparkler. Faith Hill was a guest on a popular program and performed her hit song, Fireflies. It was melting all over me like a chocolate fountain, when the author of the song was introduced. She revealed the story of how the words were penned. In the middle of a mothering and laundering afternoon, she sat and poured out her heart as she wondered what had happened to her dreams and if her husband even had a clue what they were or knew who she really was before he ever met her. It was my story – and the story of so many other women who wonder what happened to the woman she was before she ever married, before life screamed “have-to / supposed-to.” 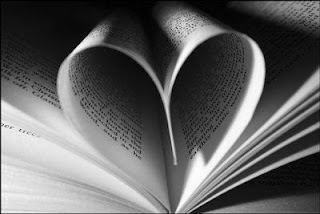 Fireflies is for every woman who has ever wondered who she would be if she’d never married; if she’d pursued her passions, whether married or unmarried; if she had listened to her heart rather than trying to live up to who everyone else implied she should be.

I’ve come across so many books that may be clever, written by a recognizable name, and may be entertaining, interesting and contain knowledgeable content, but if it’s not pages from the author’s heart, it won’t carve its way into the reader’s heart. I am part of an online group that was asked the question: What book most impacted your life the most? The result was a huge list of great books, which confirmed what I have found: The books people talk about the most are those that impacted the emotions and thinking patterns of a life.

Because heart to heart is how the ink on a page impacts a life and the world.

Ruthie is an author, speaker and life coach. She resides in Edmond, OK and is the mother of two amazing grown sons, and a daughter who was a life-long dancer and brought light into the lives of everyone who knew her, and now dances with Jesus.

[Order Fireflies at RuthieLewis.com]
I’m so different now, so different from the naïve high school senior full of heart and dreams.
Like a firefly whose very being lights up a summer night like a Fourth of July sparkler,
my soul’s light was at its brightest.

Tammy and Charla have been friends since childhood, but lost touch when life took them separate directions. In their time apart, both women have found themselves in situations far beyond their control.

Tammy Trovich had been full of dreams, but had sacrificed and forgotten them all. Truth collides with her head-on when she realizes she’s been caught like a firefly in a proverbial jar, living a life of have-to and supposed-to, when all the while, freedom was only inches away.

Despite many obstacles, Charla Calibrisi thinks she’s living her dream as a news anchor, but when her husband’s aggressive behavior mirrors her dark past, will she allow the truth she has buried to be excavated, or will she be buried with it?

Trapped in a jar with their lights dimming, both women wrestle with their devotion to the sanctity of marriage. To what limit will Tammy and Charla let their lives grow fainter before their light is extinguished—unable to emanate even the faintest glow?