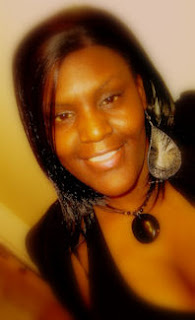 Nominated Indie Author of the Year Eva G. Headley resides in the UK. She is a passionate author and poet who loves writing inspirational novels and short stories that have unexpected endings and juicy storylines. You can learn more about Eva by checking out the following sites:
The Passion for Writing – From Eva’s Pen

Where does your passion for writing come from?
My passion comes from the ability to create characters that breathe and become actual people in my mind and the minds of my readers. I love the fact that my characters are created from my fears, fantasies, and failures. It’s a real place that I love to write from, and it’s fueled by real emotion. I am able to close my mind to my own reality and dig deep into myself to live through the characters I create using my vivid imagination to create a place, a situation, and a scenario that readers can relate to.

If your passion for writing was a color, what color would it be and why?
I would say RED. It’s passionate, dangerous, and daring, but it’s also the colour of redemption, help, and love. 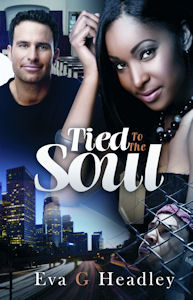 [purchase today]
A story about connections, disconnections, and the loves and tragedies that dwell between

Ria Jackson thought she was making the right choice when she relocates to New York to fulfill her dream. She leaves behind the love of her life Shawn Matthews in Los Angeles. What she soon finds out is her choice to leave brings about devastating effects. Left alone, Shawn Matthews reunites with Andrea Lasalle ‘a rebound’. They become lovers quickly, but Shawn cannot get Ria out of his mind-she has a hold on him. Shawn’s loyalty to his brother Kenny is put to the test when Shawn finds out he is a drug addict. After a heated scuffle, Shawn kicks Kenny out of his home, hoping Kenny work on getting a life. This leaves Kenny on the streets looking for revenge. Andrea thinks she has the man of her dreams but fails to realize to have him she will lose her own soul and become a possessive lover. When Ria returns to Los Angeles, a love triangle forms between Ria, Shawn and Andrea. Weeks before a wedding, tragedy hits, leading everyone to believe it was a murder not an accident.

[purchase Welcome to Fake City HERE.]
Eva also writes flash fiction. Her Hollywood Heels series kicked off with Welcome to Fake City!
About the Hollywood Heels series:
Will Lalah Valentine ever become the actress she is dreaming of being and kiss her Hollywood crush George Clooney? This is a witty and funny insight to the lives of those in the Hollywood entertainment industry. HH is a flash fiction series published under Write to Inspire Publishing’s Sweet Bites imprint. Two episodes in the series will be released monthly.
Excerpt from Tied to the Soul

Shawn reviewed the room and the open suitcases, then he handed the bouquet of flowers to her. As Ria hugged him, he embraced her firmly in his arms and kissed the side of her neck. The distance he had been trying to portray was coming back to bite him. His body was yearning for her. Just the thought of her being absent from him was already breaking his heart. He took the flowers back from her hand and threw them by Ria’s suitcases. He wanted more than to kiss her neck.

Shawn did not want to let Ria out of his life; his mother was gone and Ria was all he had to be his back bone when things got tough. If he could show her how much he loved her, maybe she would change her mind. As they embraced in a passionate kiss, his hands moved down to unbutton her jeans. Shawn managed to unbutton the first button when Ria pulled away. He looked at her as she released herself from his embrace, denting his ego. Shawn tried to search Ria’s eyes for a reason, but she refused to look at him.

“I-I still got loads to do and these beautiful flowers need to go in some water,” Ria said as she nervously left the arms of Shawn and went to pick up the flowers. Shawn wanted to say more, but Ria’s reaction was making it hard for him to be open. Ria was the only person he could be weak with, and he found strength in that. In Ria he saw his wife to be and the future mother of their children. He did not want to be selfish and force her into abandoning her dreams for his.

“Okay well at least come with me. We’re gonna do something a little different for lunch today.” Shawn said.

“It won’t take long, I promise you. Come on, you won’t have to do a thing. Anyway, I have everything prepared for today so…”

“You…have something prepared? This should be interesting.”

Ria was surprised. Over the past few weeks, she had wondered whether he was ever going to acknowledge her at all on her last days with him. Ria slipped on her flip-flops with expectation as they both headed out to the car. She began to grow with excitement and the tiredness withered away. She looped her hands with Shawn’s and kissed him on the cheek. Shawn opened the car door and waited for Ria to slip onto her seat. As Ria looked into Shawn’s eyes, she could tell that his mind was occupied.

As they both settled into opposite sides of the car, Ria smelt the aroma of chicken. She turned her head toward the back of the car to locate where the smell was coming from. As Shawn drove, she looked at his face, trying to read into his facial expression and thoughts. Shawn continued to remain focused on the road.

“Do you mind if I turn the radio on?” Ria asked.

In the past few weeks, the radio had become Ria’s best friend, especially the smooth jazz station. As she turned on the radio, she twisted the dial straight to the station.

“You seem to be listening to this station a lot lately.”

“Yeah, it’s nice and relaxing. You don’t like it?”

“Urr, it’s all right I suppose. It’s a bit like elevator music.”

“Elevator music?” Ria exaggerated a laugh in an attempt to change the awkwardness between them. “You aren’t listening right. This is smooth jazz. Good quality music.” Ria said.

“Sounds just like elevator music to me, put you straight to sleep. That’s why you’re so tired all the time. I’ve noticed any time you put that music on, within ten minutes you’re sleeping, with your mouth open and everything. Knocks you right out.” They both laughed.

“It relaxes me from stress. Am I drooling? A good sleep makes you drool, you know honey.” Ria said.

“Baby, I saw you drooling so bad one time, I had to put a bucket under your head. I thought you were gonna drown the whole apartment.”

Ria laughed so much that tears began to stream from her eyes. The moment reminded her of when they were in college and used to tease each other.

“Really, at least I don’t be snoring down the whole block. One time you were snoring so loud, I woke up and thought we were having an earthquake. The bed was shaking, the whole house was moving. I almost ran downstairs and hid under the table. But I’m not mad at you it’s just the after-effect of my lovemaking, honey. I just thought I’d chip that in so you don’t get it twisted.” Ria said as she also laughed.

“You kinda getting good at this now, aren’t you?” Shawn said at Ria’s quick comeback.

“I’ve learned from the best.”

As they reached the beach and parked, Shawn went to the trunk and took out a picnic basket and a table cloth.

“Oh, so that’s where that smell was coming from? What else you got in there?”

“You’ll just have to wait and see.”

They found a spot to settle, and Ria helped with the small picnic Shawn had laid out for her. He handed her the beach mat for them to sit on and placed the basket in the middle.

“This is nice, Shawn.” She looked at him, waiting for a response, but he just smiled vaguely. Ria sighed and focused her attention on her surroundings. All the mixed signals Shawn was sending confused her. She looked at the waves of the ocean and wondered why God had them so free and full of beauty.

Ria also observed the bird’s that flew in the sky; it had seemed that they were dancing with the clouds as though it was a game.

Soft music flowing from the little portable radio Shawn had brought with him freed her thoughts from the sky. She reached over to where it was. Shawn looked at her as she took it, smiled, and shook his head, already knowing what station she would tune into.

“As long as you don’t sleep on me, you’re allowed,” he said.

While they sat on the beach mat, they both reached for the food. Ria observed the menu by picking each container up.

“What type of picnic is this? Where are the sandwiches?” Ria asked with amusement. Shawn grinned. “I got what you like but no sandwiches.” They both dug into the fried chicken and rice, which was neatly organized in polythene containers.

The transparency of the ocean turned dark blue as the sun descended onto the horizon, turning the sky shades of yellow and orange. This blended into the soft jazz music playing from the portable radio. The Isley Brothers’ “Living for the Lover in You” came on.

“Hmm, this is my song. Let’s dance.” Ria reached a hand out to Shawn while licking the mayonnaise off her thumb from the potato salad. Shawn hesitantly accepted her invitation and held her hand as he got up. She drew him close to her, and Shawn, slightly embarrassed, looked around the beach to see if anyone was watching them.

“This is really something different, Shawn—a picnic and a dance on the beach.”

They moved slowly, grooving to the jam that was sweetening the mood. Ria knew Shawn was not the type to dance in public. After she pulled away from his advances earlier on, she could feel that distance returning. As the song came to an end, Shawn loosened his grip on her waist.

“Shawn, do we have to? I really don’t want to spoil a good evening. I haven’t got the strength to argue with you tonight.” Ria said softly.

“No, we are not gonna argue. I promise.”

“All right. What is it?” Ria folded her arms defensively.

“We have been together for seven years now. I’ve loved each and every moment of it, the good times and the bad times…”

Is he going to propose? Ria thought as she unfolded her arms and took his hand in hers and widened her eyes.

“… I love you and you’ll always be in my heart. There will be no other woman that could or will take that residence. As you are moving to New York, I have been thinking a lot about us and our relationship and the changes it will make to our lives, and I think we should…”