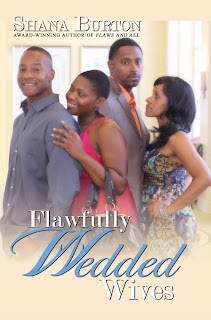 Just when Sullivan, Lawson, Kina, Angel, and Reginell finally think they have life figured out, fate steps in and throws them all a curve ball, adding fuel to the drama that seems to follow the ladies wherever they go.
First Lady Sullivan Webb’s search for her absentee father uncovers secrets that threaten to destroy the lives of those she loves most.

Kina Battle’s new celebrity status as the winner of a popular weight-loss show receives a harsh backlash when her skeletons are exposed and the people she trusts most begin to turn on her.

Lawson Banks’ refusal to accept her husband’s lovechild force Garrett to choose between the woman he loves and the child he’s fathered.

Reginell Kerry’s new life as the wife of a high school football coach lacks the excitement and financial security that working as an exotic dancer afforded her. When the bills start to pile up, Reginell goes back to doing what she knows best, only this time it may cost her more than she’s willing to pay.

The ladies often fall victim to being led by their hearts instead of their heads. This time, they have no other choice but to listen to the voice of the Lord.

“Come on, everybody, lighten up,” cheered Kina. “This weekend is supposed to be about all of us fellowshipping and reconnecting and trying to re-establish some of the bonds that have been severed due to time and distance, lack of communication or—”

Kina sighed. “Or betrayal. Sullivan, part of the reason I wanted you to come is because I want us to get back to the closeness we had before everything got all crazy.”

Sullivan sat up. “Everything didn’t get all crazy. You got all crazy, Kina! How could you do that to me?”

“Sully, do you really want to do this right here, right now?” asked Lawson.

Reginell finished her drink. “If you are, it sounds like we’re going to need some more alcohol!”

Sullivan looked Kina squarely in the eyes for the first time in over a year. “Yeah, Kina, let’s do this right here and now. I want to know how could one of my friends—one of my best friends, at that—try to ruin my marriage and destroy me life.”

Lawson jumped into the conversation. “Sullivan, you’re the one—”

Sullivan held up her hand to shush Lawson. “Stay out of this, Lawson! I want Kina to answer.”

“I’m not going to sit here and let you attack my cousin.”

“It’s all right, Lawson. I can handle it.” Kina took a deep breath and sipped her drink. “There’s no one answer I can give you, Sullivan. There’s certainly not an answer to justify what I did to you and Charles. All I can tell you is that I was really, really messed up after E’Bell died. Yeah, I was glad that the abuse had stopped, that the name-calling and insults had stopped, and that I didn’t have to walk around my own apartment in fear anymore, but nothing prepared me for how alone I felt.”

“Kina, you weren’t alone. You had us,” Angel told her.

Kina took another sip, building the courage to be honest with each swallow. “Not really. Once I came home from work, I didn’t have anybody. I was so lonely, but I couldn’t tell anyone. I mean, how could I admit to all of you that I actually missed the guy who beat on me for breakfast, lunch, and dinner?”

Lawson’s heart went out to Kina. “Kina, you could’ve told us that. We wouldn’t have judged you.”

“I didn’t want you to know, just like when E’Bell was abusing me. When you’re in that kind of violent situation for so long, you get very good at hiding the truth and perfecting whatever image you want people to believe in, even those closest to you.”

“Was loneliness the reason you got involved with Joan?” posed Angel.

Kina nodded. “You know, being with Joan was never about whether I was really gay or straight. She was someone who was there showering me with the attention and affection I needed. God knows she treated me better than any man ever did, but in the back of my mind, I always knew that she wasn’t what I was looking for.”

“And that’s when you decided to go after Charles,” Sullivan surmised.

“I was so thankful for him giving me a job at the church, and he was so supportive and caring. He loved the Lord, and it seemed like he knew everything about life and God and how to treat people. I’d never met a guy like that before, and I couldn’t help myself.” Kina went on. “I wasn’t trying to hurt you, Sully. Truth be told, I really wasn’t even thinking about you. The only thing I could see was that Charles was a good man, and I needed a good man. I guess once you got pregnant and we were all convinced that the baby was Vaughn’s, I took it as a sign from God that Charles and I were meant to be together. When I told him how I felt and he continued to profess his love for you, I just snapped.”

“I guess because it seemed like no matter what Sullivan did to him and no matter how much she hurt and humiliated him, Charles still wanted her. I thought if he knew about Vaughn and the baby, it could be the one thing that could make him take the blinders off and see Sullivan for who she really was. I’d convinced myself that God wanted us to be together because he was the kind of man I’d prayed for my whole life.”

“Yes, but he was my man!” interjected Sullivan.

“Now, Sullivan, if we’re going to keep it real, we’re going to keep it one hundred all the way,” began Lawson, now fueled by liquid courage. “Everybody here knows that for years, you treated Charles like crap with all your running around and flirting, withholding sex when you felt like it, and only God knows what else you’ve done and haven’t told us about. A lesser man would’ve left your butt a long time ago. Your only saving grace is that Charles loves the Lord more than he loves you, and he tries to do what’s pleasing to God. Charles must know that you’d be an even bigger mess without him. So before you start hollering about how Charles is your man, think about how much love and appreciation you’ve shown to your man.”

“So you don’t think I deserve a man like Charles?” charged Sullivan.

Sullivan glared at Lawson then took in a mouthful of her cocktail. “So I’m not good enough for Charles, huh?”

Kina, Reginell, and Angel braced themselves for what might come next, not knowing who among them would be the recipient of Sullivan’s rage. When Sullivan was mad while sober, she was unpredictable. Who knew how she’d respond under the influence of alcohol? 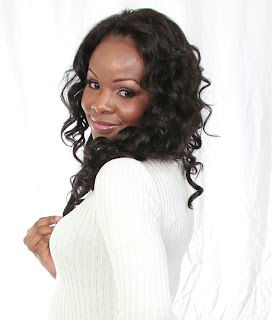 Shana Burton is a two-time Georgia Author of the Year nominee and bestselling author of Suddenly Single, First Comes Love, Catt Chasin’, Flaws and All, Flaw Less and Flawfully Wedded Wives. She is a graduate of Georgia Southern University and Cambridge College. In addition to writing books, she also teaches post-secondary English. You can learn more about Shana through her blog and her Facebook and Twitter pages.