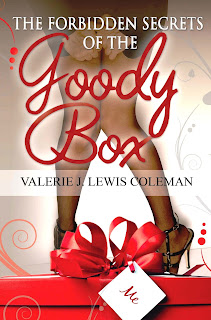 Successful. Beautiful. Intelligent. Yet a satisfying relationship eludes Debra Hampton. At thirty-five years old, she can’t figure out why her philosophy on men—and what they want from women—isn’t working. She’s trapped in a cycle of shattered relationships, until a friend refers her to a relationship guru. After some resistance, Debra finds refuge in his counsel as he helps her navigate through the storms of rejection and failed love. Once he reveals the error of her ways, will Debra master the forbidden secrets to attract her soul mate or continue to keep love at bay?

CLG Review of The Forbidden Secrets of the Goody Box

Entertain and Inform All in One Novel

There is definitely enough drama and wisdom in The Forbidden Secrets of the Goody Box to entertain, engage, and perhaps even teach those who read the novel. Author Valerie J. Lewis Coleman wastes no time in getting readers into the heart of the story as by the first couple of pages, we’re thrust into the relationship woes (and some great fighting skills!) of one of the main characters, Debra Hampton. It’s hard to put down the book when an author snags you that quickly. What I enjoyed the most about Goody Box is Coleman’s ability to paint true-to-life circumstances and well-developed characters. Development like this on both levels works in two ways for the book: 1) the development keeps readers close to the characters and makes readers care about what the characters go through (great for a novel!) and 2) the realistic portraits will leave readers thinking about the situations these characters go through and pulling the wisdom found in the book into their real-life situations and conversations. As much as I enjoyed Goody Box, I wasn’t thrilled with the ending. It had the ability to two things simultaneously: disappointment and leave me unfulfilled, yet leave me anxiously awaiting the sequel. Just have to wait until 2014 for it.

A Taste of The Forbidden Secrets of the Goody Box

Chapter 1
For the Love of Vincent

Sunday-morning service stirred Debra Hampton’s heart. The poignant message convinced her to resolve a matter that had her torn for almost a year. She had been undecided about whether to marry her live-in boyfriend, Vincent. He didn’t share her religious beliefs and refused to go with her to church, but she knew that he was the best man for her. He laughed at her silly antics, talked with her about her ambitions and encouraged her to greatness. He made her the focal point of his life and involved her in every decision no matter how minute. But it was his touch that held her hostage, kept her toying with God’s love by giving herself to a man who was not her husband.

With her head bowed to hide the free-flowing tears, she exited the church without speaking to anyone. She sat in her Mercedes S550, took a moment to freshen her makeup, expelled a sigh of relief. She looked to Heaven through the panorama sunroof, smiled, closed her eyes, gave thanks. The decision to accept Vincent’s proposal resonated; filled her with peace as she trusted the Lord with her soul mate.

The thirty-minute drive from the inner-city church to her suburban home gave her ample time to reflect upon the life they would build together: three children, business partnership and unlimited mind-blowing sex. The rush of blood to her southern bell—the name her mother called her vagina when she was a child—gave her pause. Fortunately, she was stopped at a red light. She clicked through the Sirius Satellite stations and then opted to enjoy tunes Vincent had downloaded to her iPod a few nights prior.

Her stucco and brick palatial home was small in comparison to those of her neighbors, but it was big enough for her family-to-be. She loved the side-entry, three-car garage because it camouflaged the unpacked moving boxes from passersby. She parked in the usual spot—closest to the mudroom door—and then she smiled wide. “He’s home.”

Debra grabbed her purse and Bible and then jaunted into the house. She placed her belongings on the granite countertop, careful not to make noise. Since the television wasn’t locked on a sporting event, Vincent had to be resting in the master suite. A 3,500-square-foot home and he preferred the family room and bedroom.
She slipped off her stilettos, tiptoed up the stairs. Her heart beat faster with each step. She wiped her palms together to dry the sweaty moisture, pressed her ear to the door. His subtle snores seeped through. She giggled and then covered her mouth to halt the escape of more laughter.

She opened the door, peeked in, swung it wide. “Vincent! What the devil?”

“Debra, what are you doing here?” After a quick dismount, he rummaged the floor for his Fruit of the Looms. “When’d you get home?”

“Who is this woman and why is she in my bed?” She ran to the side of the bed, towered over her betrayer. Breath stalled in her throat, eyes widened. “Catherine!”

Catherine—the first person to welcome Debra to the neighborhood—reached for her clothes, scurried to dress.

Debra lunged at her, snatched her by the ponytail, drew back her fist. Just as she connected with Catherine’s right jaw, Vincent grabbed Debra around the waist, pulled her away. She flailed her arms, kicked at his shins, head-butted him in the mouth. When he released her, she pursued Catherine who was halfway down the stairs, underwear in tow.

Debra leapt from the top stair, using Catherine as a landing pad. Spewing expletives, she pummeled her in the back of the head, until Vincent pulled her off.

He tightened his grip on Debra’s arms, spun her around to look him in the eyes. “Stop it!” A trickle of blood oozed from the corner of his mouth.

“I cannot believe you had that female up in my house.” The same channels that had released tears of joy now flooded her face in sadness. “Vincent, how could you?” She watched Catherine sprint through the backyard; battered, bruised and butt-naked.

“You tried to tell me what? The last thing I knew, you were looking for an engagement ring.”

Debra’s head danced like a bobble-head doll, her vision blurred. Her body quivered and then went slack as she collapsed in Vincent’s arms.

A few minutes later, Debra awoke on the family-room couch. She picked up the note that set on the table.

I’m sorry you had to find out like this. I’ll be back to get my things. I love you, but not enough to make you my wife.

As she let the note float to the floor, the back door opened and then closed. The man whom she was willing to love forever had tiptoed out of the house and driven out of her life.

The agony of unreciprocated love left Debra in despair. Virtual restrainers confined her to the bedroom—the viaduct of deceit. She cried until her body heaved and the reservoir of tears was empty.

Depression infiltrated Debra and she withdrew into an abyss of desolation. She called off from work using a flare-up of Crohn’s disease as the reason. Given that her body responded with similar symptoms—loss of appetite, abdominal cramps, fatigue and diarrhea—she resolved that it was a legitimate excuse for at least a week of sick days. 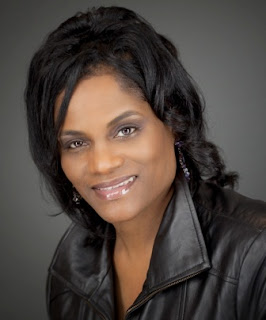 Valerie J. Lewis Coleman has helped thousands of women across the nation find relational fulfillment. With over twenty years of experience in family and relationships, this expert has given advice on various issues including identifying the four types of male hunters, avoiding seventy percent of men who only want the goody box and winning the heart of Mr. Right-For-You. As she assists others with building strong relationships, she shares how she overcame personal struggles and offers proven techniques to help you get off the crazy cycle of relational demise in her bestselling novel THE FORBIDDEN SECRETS OF THE GOODY BOX! To learn more about Valerie, her books and overcoming relational matters, visit TheGoodyBoxBook.com. You can also check out Valerie on Facebook, Twitter, LinkedIn, and YouTube.