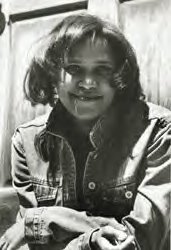 One thing I love about your novels is the main characters are very universal. Yes, they feature African American young women in the title roles; however, the stories do not center around the character’s race, but the character’s “person,” her, if you will, “character”. How important is it to you, or is it important to you, to write stories that are universal?

In my first novel, His Insignificant Other, I explore insecurity and competition between women. In Such a Girl, I explore class and social status in modern times. These issues are important to me, and I believe they’re universal because so many women struggle with them on a daily basis. People have made broad, sweeping statements about my work like: No black woman would ever react to a situation the way Casey or Kendall reacted and I think, What qualifies you to say such a thing? Have you met every black woman in the world? Are we individuals? Well, here’s your chance to meet and, hopefully, get to know a black woman different from the black women in your immediate circle. In my next novel, Whiskey Road: a love story, race plays a much larger role than it has in my previous books. But the issues of searching for a place to belong and being a woman strong enough to make her own choices no matter how dangerous or unpopular those choices may be are still universal.

What CDs are currently in rotation in your personal CD player?

Everything by Johnny Cash, Leonard Cohen, and Nina Simone. I’m also very much into the latest album from soul pioneer Solomon Burke called “Don’t Give Up On Me.” Buy this. It is terrific. And every night before I fall asleep, I listen to either celtic artist Loreena McKennitt’s “The Book of Secrets” or composer and pianist Wim Mertens’ magnificent and unusual album “a man of no fortune, and with a name to come.” As you can see, I have very eclectic taste in music.

As an African American writer who writes more “mainstream” than the street/urban lit that is so popular today, have you had trouble (in the past, present) trying to win people over, to pitch your novels’ possible success?

Not really. Readers of street/urban lit have a certain expectation when they open a novel, as do readers of horror, paranormal romance and literary fiction. While I would love to win over readers of other genres, I understand my work doesn’t speak to everyone. I think my readership has always consisted of women who prefer mainstream/commercial fiction. I may find myself trying to win them over when I branch out and write other things in the future. ::smile::

Werewolves, Little House on the Prairie, and Emilio Estevez.

Read everything from poetry to memoir to short stories and plays. Take a writing course with an author you enjoy and respect. And learn as much as possible about your craft and the publishing business before you jump into it.

What do you do on a CHILL day…considering you have a day to relax, LOL?

To relax and get away from the realities of the world, I usually head over to my parents’ place to watch television in my old bedroom. I also love to open a couple of bottles of good wine with a friend and eat, drink, and gossip all day.

I saw that Atria picked up your third novel, WHISKEY ROAD: A LOVE STORY. Congrats! Can you tell us a bit about it?

Thank you! I’m very excited about it. In Whiskey Road: a love story, the relationship between a black city girl and a white small town boy takes a dark turn in rural New York post 9/11. The idea came from my own desire to leave New York City after the government unveiled the color-coded warning system and I realized the threat of another terrorist attack in Manhattan would never go away. I started thinking about my options and decided finding a quaint town to live in could be a very difficult task for a black woman raised in a city.

I guess dressing up. (And when I say “dressing up” I mean a nice pantsuit. I rarely wear skirts and I never wear dresses.) I only own one expensive pantsuit and I can say well-made clothing feels terrific against my skin, and makes me feel pretty and confident.

You have a short story in the anthology THIS IS CHICK LIT coming out this year. Do you think your work falls into the chick lit genre? If so, why?

His Insignificant Other and Such a Girl are definitely chick lit. They’re commercial, mainstream novels about imperfect urban women struggling with jobs they hate and men they aren’t sure they can have. Neither Casey nor Kendall work in publishing, but they do have the requisite gay best friend! My story in This Is Chick Lit is called “Nice Jewish Boy.” It’s about the only black woman at a bris. I had a lot of fun writing it.

Dream-on: You’ve been given greenlighted to do ANY creative project you want. What project would it be?

I still have big dreams to do something in the film or TV world and would love to write and direct a thriller. There’s a scene in the movie “Return to Paradise” between Anne Heche and Jada Pinkett that soared and I’ve always wanted to write a script for them. I think they’d be terrific in a thriller or suspense movie together. I’d pair them with two of my favorite actors: Don Cheadle and Eric Bana. Maybe that will be my next project goal!

To check out more about Karen and her AWESOME books, check out her website: http://www.karensiplin.com!