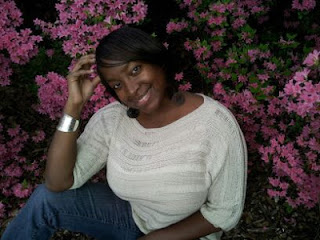 Donneil D. Jackson is a writer by nature and a Jersey girl by heart. Growing up a sheltered child, she used writing as an escape from her everyday life. She discovered that with writing she could be someone else, do things Donneil would never do and entertain others. Donneil has been writing for as long as she can remember, ever since her mother placed a pencil in her hand. The girl has a niche for painting an elaborate scene while telling a descriptive tale. One day she began writing Chante’s Song, marking the beginning of her professional writing career.

Where does your passion for writing come from?
My passion for writing comes from my desire to want more, to want something beyond what is currently available to me. It started as a child. Then I wrote about having the best cars, clothes and loving the neighborhood boys. I later graduated to loving Omar Epps, Nas and Denzel, and living in the best of what New York City has to offer.

Writing for me is an escape. It’s a mini vacation.

If your passion for writing was a color, what color would it be and why?
All I see is pink. It would be every shade of pink from a blush down to a hot pink changing into magenta bordering on red and purple. Why? Because I am soft and pink on the inside, yet when feelings are involved and emotions are racing, the color can quickly fade to red.

I write about love; I write about sex. I write about real life situations, and I use real emotion and experiences to carry out my thoughts. Depending on my demeanor, that would determine what shade of pink I am working with.

How do you keep the passion burning in your relationship with storytelling?
I create characters I like and let them lead me to where they need to go. Sometimes I need to steer them down a different path, but in the end it all works out. 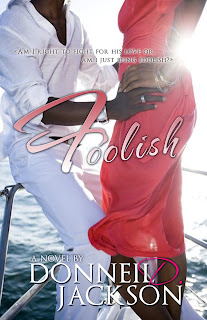 [Buy your copy of Foolish today from one of the following locations: Amazon, BN, and Indiebound!]

As one of the hottest radio personalities, Kayla, the Gossip Queen, has the fast-paced, glamorous life that many dream of. But one thing eludes her. Love. Growing up in a family where her father was nothing more than a monthly check, Kayla sets her sights on finding true love, even if he comes attached to another. She’s determined to create the perfect family of husband, wife, home, and children–even if she has to slip up and make a ton of mistakes along the way.

After a decade of being with a man who constantly makes her question her role in his life and her vision of the perfect family, Kayla has to ask herself, “Am I right to fight for this love, or am I being foolish?”

The lights were dim in the Sugar Bar. The spotlight was on a woman singing her rendition of Teena Marie’s “Lovergirl.” Shawn bopped his head to the music as he swirled around on a barstool. He didn’t expect the Sugar Bar to be this crowded on a Tuesday. But it appeared Open Mic Night brought out a crowd.

“Here you go, sir.” The bartender placed a shot glass in front of him.

“I didn’t order this,” Shawn said, placing his cell phone to his ear.

“It’s from the young lady at that table right there.” She pointed.

The young lady at a nearby table raised her glass with a smile.

Smiling back, Shawn passed the drink back to the bartender. “Tell her thank you, but no thank you.”

Shawn turned his back to the bartender and stuck one finger into his ear as he spoke into his cell phone. “Kayla, this is me. Babe, I’m at the Sugar Bar and I really would like you to join me for dinner. I’ve been calling you since seven. It’s nine p.m. now. I feel like ever since that day you stopped by you’ve been using me for sex. I don’t mind, but I would really like you to come back home. I’ve tried my best to prove to you that I’m the man you need me to be and dating you all over again. Call me back please.”

He ended the call and circled around on the barstool after being tapped on the shoulder. My baby made it. Shawn’s smile faded as it was not Kayla who tapped him; instead, it was another beautiful woman. His eyes explored all five-foot-four inches of her, from her designer shoes up to her hips that fit lovely in her black slacks. His eyes lingered on to breasts that looked as if they were trying to escape her blouse. Her fingers swooped her bangs from her eyes, which brought his attention to her face.

“Is there a reason why you returned my drink, handsome?” “You have beautiful eyes.” He continued to smile, although disappointed.

“Thanks. But that doesn’t explain why you returned my drink.” She placed her hand on her hip.

“I’m waiting on my ex…my girlfriend.” He looked toward the door.

“I didn’t want to lead you on.” She looked puzzled.

“Monica, women have a habit of saying men lead them on. I didn’t want to accept your drink and then not leave with you or with your phone number and then have a stalker on my hands. So to eliminate all the drama, I rejected the drink. I’m good. But it was a very nice gesture. Thank you.”

“Who’s to say I wanted anything from you other than to buy you a drink?” She sat down next to him once a barstool became available.

He laughed. “Monica, it was nice meeting you. But if you don’t mind, I’m waiting on my lady.”

Shaking his head and grinning, Shawn replied, “Like I said, it was a nice gesture. But I’m good.” He motioned to the bartender to pour him another drink before checking his cell phone for any missed calls.

“I got love on my mind,” the next singer belted out, commanding the crowd’s attention.

“That’s my lady.” He pointed toward the stage as he passed Monica.

He stood blocking the view of others in amazement. Not only is she beautiful, she’s talented and all mine. Kayla worked the mini-stage singing Natalie Cole’s classic, yet her eyes remained locked with Shawn’s.

“I love you, baby,” Kayla said into the microphone before handing it back to the emcee.

Kayla spoke to patrons and shook hands as she walked toward Shawn. Before she could utter a word his lips were all over hers. “I love you, too.”