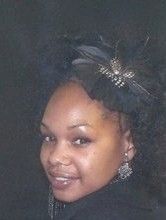 Stephanie Acon has been writing edgy fiction tales and poetry since the age of ten years old. However, it wasn’t until the age of 21, when she found Hip-Hop, (or Hip-Hop found her) that subsequently she became known to the underground Hip-Hop world as NinaRaw. For ten years consistent, she rocked with force and played a vital part on the side of Systematic Muzick Inc. (‘The OESC’ and ‘The Murc Unit’). In the midst of performing, writing, rhyming, recording, selling and shopping mixtapes…among the community, somewhere, NinaRaw became hailed and dubbed as the “queen.” And not by way of cliché props, but strictly because those saying the title “queen” meant it when they said it, and said it when they felt it necessary. By proof, NinaRaw was never just a rapper. She was the female emcee who crafted lyrics with messages that ran deep into memories.

To those who heard for themselves, her wordplay was unforgettable, and to the “underground” she set the bar, for not only female rappers, but lyricists period. Every rhyme written heeded life, and she packed them with something so intense it could only be categorized as royal. What drove the energy level up so high was simple, and complex, wrapped all in one explanation – her goal. Stephanie’s point to it all. The method behind her voice, and presence, was meant to be a lit candle among a lost generation. Her generation. Knowing that their influential genre of music could sometimes get so dark that listeners slumbered, she wanted to WAKE them. And Hip-Hop became a way…a tool. Although never commercially acclaimed, NinaRaw embarked on the mission of a lifetime. All by way of Hip-Hop! But then, after serving the culture for years, somewhere, over the last two, the course began to curve. Or change.

The mysterious element that made NinaRaw unique was something far above rapping rhyming lyrics. It was more than that. It was rare, rawness, and it needed to crossover. Too bad, NinaRaw couldn’t and wouldn’t cross over. From the start, she was the exception, breaking the rule. Crossing over was not an option. Not in regards to Hip-Hop. Making commercialized music was not in the design, so NinaRaw stepped back. Something needed to be reconsidered. This female was more than just a limited rap song, or an image to be drawn up by A&Rs of a controlled system or industry. Even more than the writer she will always be, “she” is a purpose. A purpose that had to transcend and transform all levels in order to be fulfilled and make herself known abroad – without compromising; a reason to humble down from the boisterous style of rap music and become the light that she is destined to be, by any means necessary. If Hip-Hop wouldn’t allow the jewel inside to shine, then a higher power would. This is when life came full circle, and NinaRaw came back to herself.

Meet Stephanie “Nina” Acon. She is now an author… 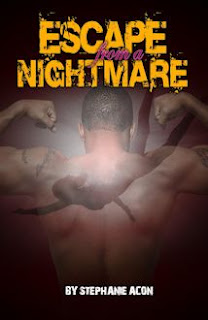 ESCAPE FROM A NIGHTMARE is her first urban fiction novel. Her inspirations have been drawn from the many experiences she has endured, observed, and inhabited in the streets of St. Louis. One of Stephanie’s most compelling inspirations came from the life-altering tutelage that she received from her most profound mentor, GOD – and of course her crew.

About Escape from a Nightmare

Have you ever experienced a premonition that you just couldn’t shake? A foreboding dream or sign that you deeply wanted to ignore but…your spirit just wouldn’t release it? Well meet Gabriana Hilson… Gabriana is a dreamer in more than one way. She has daydreams of living the good life on her terms, and without compromise. But then, there are the “other” dreams. The very strange and disturbing omens that come while sleeping. They whisper the conflict of everything and arrange messages that Gabriana doesn’t want to hear…or see. Especially the ones about her boyfriend. That’s a problem. To Gabriana, Scholar is the king of kings. She is willing to sacrifice it all for him, including family, friends, God, and her sanity. She believes that Scholar is a beautiful dream come-true… but is he really?

After signing a record deal as a rapper, Scholar brings Gabriana along for the roller coaster ride of her life. He knows how much she loves him, so when the drama begins, he uses his manipulative tactics to hold her in place. He is the ruler of their world, and everything is running the way he has always planned until things go horribly wrong. Suddenly, a well-planned dream quickly turns into the nightmare of all nightmares. Both Scholar and Gabriana learn the hard way to expect the unexpected – for he comes out of the blue. Or does he? He is extremely calculating…and his name is Khali Simone. After meeting him… Gabriana has no idea of the door she opens. 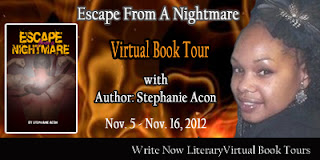