If you don’t know Liz DeJesus, you should. Especially if you love stories with wonderfully intriguing, engaging female main characters and fantastical twists. I’ve known Liz for many years and have been honored to have been one of the first people to touch many of her stories during their editing phase.

Yesterday, I mentioned J.D. Walker and the fundraising campaign currently underway for her movie, The Postwoman.

Liz, too, is on a fundraising journey. For what?

For the rest of her book tour–the tour enables Liz to promote her two YA fantasy novels, First Frost [which has received amazing reviews from bloggers and other authors] and Glass Frost [which is set to be released July 19]. 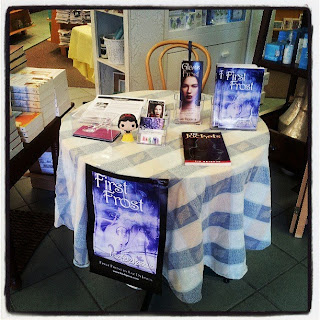 I was so happy to learn recently that Liz was invited to go to the Baltimore Comic Con and Baltimore Book Festival. She’s eager to get there and continue on with her tour. Funds from her campaign would be used to pay for limited edition copies of First Frost, promotional items, and other travel expenses.

Just $500 would help Liz make her goal and send her to Baltimore. 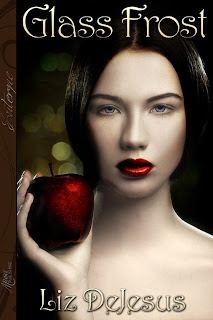 Liz talked to me about what achieving her fundraising goal would mean to her. For her, it goes beyond just fulfilling this tour; it continues her childhood dreams.

It would mean that people support my artistic endeavors. That they believe that I can make my dream come true. I know it sounds cheesy, but this was what I dreamed of doing when I was a little girl stuck in the mountains of Puerto Rico. I wanted to be a writer. More importantly, I wanted to be a working author. One that was traveling and meeting new people. It’s one of my favorite things to do. LOL In the past few months, I have met so many incredible people, and I want to continue to go places and meet new people. But the financial strain is making things difficult.

Help Liz continue on her literary journey by supporting her FundRazr campaign, which ends on August 20, 2013.

You can also help the cause by clicking any of the buttons at the end of this post to share it on G+, Facebook, and Twitter. It takes a community to raise an indie talent. Support this one today!