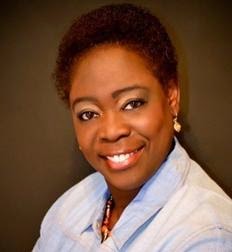 Olivia Gaines is the author of numerous bestselling novellas and books including Two Nights in Vegas, A Few More Nights, and have had several number one best sellers with The Blakemore Files including Being Mrs. Blakemore and Shopping with Mrs. Blakemore.

She lives in Augusta, GA with her husband, son and snotty cat, Katness Evermean.

This series is an interracial romance series which focuses more on how we connect to another and the things which make us fall in love. The series revolves around a set of siblings, the older brother, David, and his younger brother and sister, Wilfred and Wilhelmina.

Her idea was to slip downstairs to grab an apple and head back to her room. She looked at the robe on the bed and figured everyone would be asleep, so she did not bother to put it on. She tiptoed down the front stairs, making her way to the kitchen. The apples had been on the counter and she figured that because of the insane August heat, Conchetta had placed them in the fridge. She opened the sub-zero door and bent over inside to pull an apple from the crisper when she heard a yell, or rather a grunt, “What the hell are you doing?”

Startled, she turned and found Wilfred standing on the other side of the counter. She jumped, placing her hand to her chest. “Will, you scared the bejeezus out of me. What are you even doing up?”

“What are you doing out of your room improperly attired?” His face was turning red and he was getting very angry with her. Fear had frozen her in place and she was praying that he didn’t raise his hand to her or fire her.

It didn’t dawn on her that she was still standing inside the fridge door, unaware that her threadbare nightgown was translucent. Wilfred was able to see all of her feminine glory. He could not help but notice her full natural breasts. The coolness of the fridge had hardened the nipples, which strained against the worn material. The extra weight that had surrounded her waist when she arrived was now almost gone. There was definition in her abdomen, which was smooth with an outie belly button. Well-formed, generous hips that were uncovered by underwear revealed an all-natural woman which caused his body to react. There were no stupid patterns, landing strips, or a clean shaven area. It was full, untrimmed and calling his name. And those thighs. Thighs that could control a powerful animal with just a squeeze. I want to be squeezed. Squeeze me and control me, Elsie.

“Will, are you okay?” The look on his face was strained, causing Elsie a moment of concern.

“No, I am not okay! You were told to never leave your room unless you are fully clothed, and here you stand, in a see-through nightgown!”

Elsie realized she was still standing in the fridge and quickly stepped aside and closed the door. “I’m so sorry. I didn’t think anyone was awake. I’m headed back to my room.”

Elsie was taken aback by the intensity of his anger. “Boss, I said I was sorry.” She started towards the stairs. “It’s not that big of a deal. I won’t let it happen again.”

But to him it was a big deal and based on what was filling his pants, it was getting bigger by the moment.

“Dammit! It is a big deal! And you have no right to prance around this house in that and think it is ok!”

“Will, I didn’t think anyone was up. Gianni is asleep and it’s not as if you’re interested in any of this anyway,” she said as she turned to go towards the stairs, but he growled at her. Literally growled.

His eyes became extremely wide, but he remained standing where he was. Through tight lips, he spat out the words, “And how did you arrive at that conclusion?”

“Because you’re gay!” She had said it out loud and proud that she knew it. “I’m okay with that– it’s your choice,” she said with confidence and feeling, showing him she accepted him as he was. The elephant in the room had just trumpeted and she put her hands on her hips and stood her ground in defense of her newfound power. Her power only lasted three seconds because he stepped out from behind the kitchen island and pointed to the largest erection Elsie had ever seen.

Her mouth dropped at the size of his need. She looked down at herself and realized he could actually see through her gown. She dropped the apple while attempting to cover her breasts as well as the total realization that she wasn’t wearing underwear. She picked up the apple and tried to cover there. She futilely attempted to throw her arms across her breast and dropped the apple again. When she bent over to pick up the fruit, she realized she had given him a bird’s eye view of her…”Oh Dear Jesus!” She couldn’t figure out where to place her hands or what to do next. Elsie turned to run.

Wilfred growled at her again, “Oh no, you don’t!”

She stopped, afraid of what would happen next. Elsie was breathing hard, trying to process what this man, clad only in a wife-beater and Spandex workout shorts, was planning as he moved towards her.

“What you have done, my dear Elsie, is totally unfair,” he took a step back and grabbed his cowboy hat from the rack by the door. Elsie was glued to the floor. Run, Elsie. Run. But her heart was thudding and her body was responding to what she had seen. Stay Elsie… stay.

“If I can’t get any sleep tonight, neither will you.”

He reached for the base of his wife-beater and slowly pulled it up over his head. As he raised the shirt, there was one ripped abdominal muscle after the other.

I am feeling so lightheaded.

The muscles seemed to make a stairway of bumps up to his pectoral muscles, which were covered in a light shimmer of smooth black hair that made a trail from his chest down into the waistband of his pants where that monster erection appeared to be throbbing.

Is it talking to me? Come here Elsie….

There were waves at his scalp and wavy black tresses that rested between his shoulder blades and flowed down to the middle of his back. Wilfred picked the hat up from the countertop and placed it on his head while turning his body to a forty-five-degree angle. He lowered his head and she could no longer see his eyes.

What in the world is he…

Wilfred was the swashbuckling captain of the Splendour, who defiled Honour upon a shipment of silk from the Orient. Captain Franc Niçoise was standing in the kitchen.

Fate was a nasty little bitch with sharp claws.

Wilfred had placed himself on the cover of every one of his books. It was his body that she had lusted over for years. A body that she was lusting over now. What had started as a bit of moisture was now dampness on her thighs. A wave of lust soared through her, forcing her to squeeze her thighs together to halt the rush of feelings that was filling her lady parts and oozing down her legs.

Wilfred took the hat off and tossed it back towards the rack where it landed perfectly in place. Slowly he walked towards her, his bare feet on the Mexican tile floor, leaving wet spots from the heat of him, coming so close to her she could feel the hotness radiating off his body. The erection of perfection was only mere inches from her body, but he did not touch her. Wilfred leaned down, exhaling on her cheek with one hand on either side of the wall, boxing her in.

If he is going to force himself on me, I am just going to have to suffer through his assault. Her breath was short, her bosom was heaving, and more moisture was running down her inner thighs.

He whispered in her ear, “Now you try getting some sleep tonight.” The smell of her readiness for him was like ambrosia that he wanted to drop to his knees in front of her luscious body and lick every ounce off those thighs. Those thighs that she would squeeze to control a powerful animal like me. 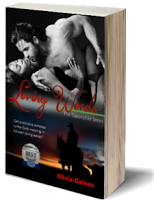 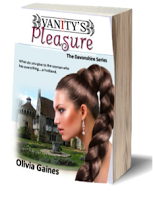 Available for Pre-Order on Amazon