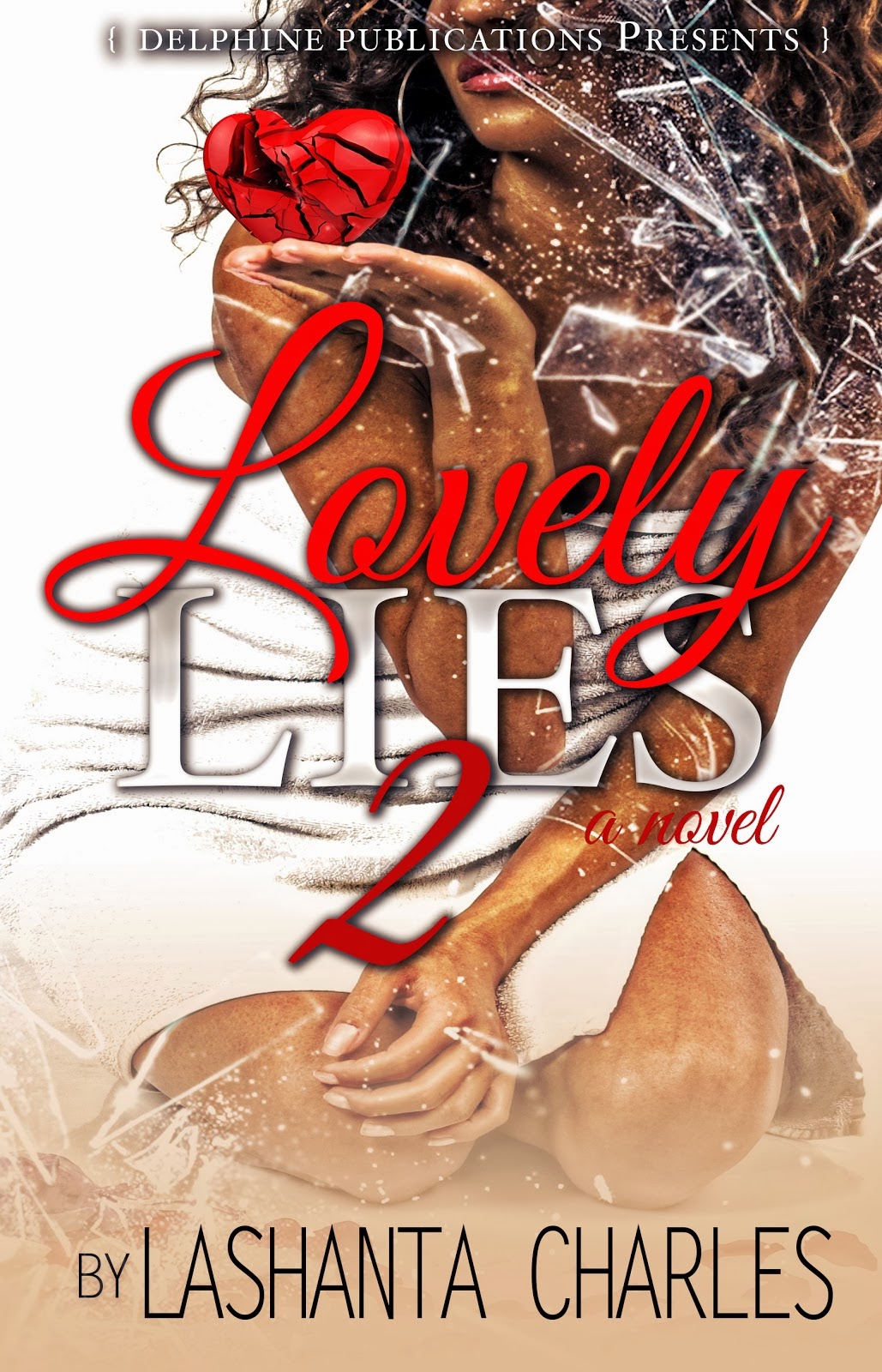 After Makynzee’s kidnapping, Kalil is left struggling to maintain his composure. He was supposed to protect her and he failed miserably. He’s left tormented by thoughts of what Nyeem may be doing to Makynzee or if she’s even alive. One thing is for sure, He needs to regain his focus because now he’s faced with the unlikely task of getting her back. Nyeem, the psycho stalker turned kidnapper, has finally succeeded in conquering his ultimate goal – making Makynzee his. So what if she was in a perfectly good relationship with Kalil? And does it really matter that he had to kidnap her to get her? It seems as though he’s taken full control of everyone’s lives and has no intentions of letting that control go. Because of him lives may be lost, Makynzee’s fate is unknown, and the chaos he’s brought with him has taken up permanent real estate.

Lovely Lies 2 is available at Amazon.com, and it is also available on all eReaders and most bookstores!
EXCERPT

I saw the flashing lights before we reached the studio. Police tape, ambulances, cops, and reporters were everywhere.the makings of a crime scene. Hindsight tells me that the “wind knocked out of me” feeling was me knowing that my baby was gone. KJ’s cries had escalated to screams and him telling me to go get Makynzee, a full-blown tantrum. My mom had asked me what was going on as though I hadn’t been with her the whole time. In less than ten seconds my eyes had scanned the parking lot at least a dozen times. I needed to see her. I willed myself to just catch a brief glimpse of her. Her hand, her jacket, her backpack.anything, just her. If I could see her, I could stop the tremors building inside me. Instead I saw Donte holding Jaida’s hand as they loaded her into an ambulance. Jaida.Makynzee’s best friend, they’re like sisters. Another sign that my baby was gone. If she were there she would have been holding Jaida’s hand too. I can’t remember if I put the truck in park before I’d jumped out and made my way to Donte shouting his name. He’d looked away and shook his head when he saw me. I’d pushed Kaeden and an EMT away to keep them from closing the ambulance doors.

“Where is she?” I’d asked. I needed him to tell me what I already knew. My mind wouldn’t process it, wouldn’t accept it. His reply was pathetic enough to make me hit him.

“I tried to stop him, but I would have shot her if I did.”

“What the hell does that mean? Where’s Makynzee?” I’d asked as I dragged him from the ambulance. Three cops with their guns trained on me, Kaeden trying to pull me away and Karmen and the EMT yelling for me to let him go did nothing but irritate me more. He had one job, one responsibility. The one thing I’ll never forgive him for failing. KJ’s cries were his saving grace. I let Kaeden pull me away. I tried to block Donte’s voice out as he finally said what I thought I needed to hear.

“He took her, Kalil. I tried to stop him, he shot Jaida and took her.” 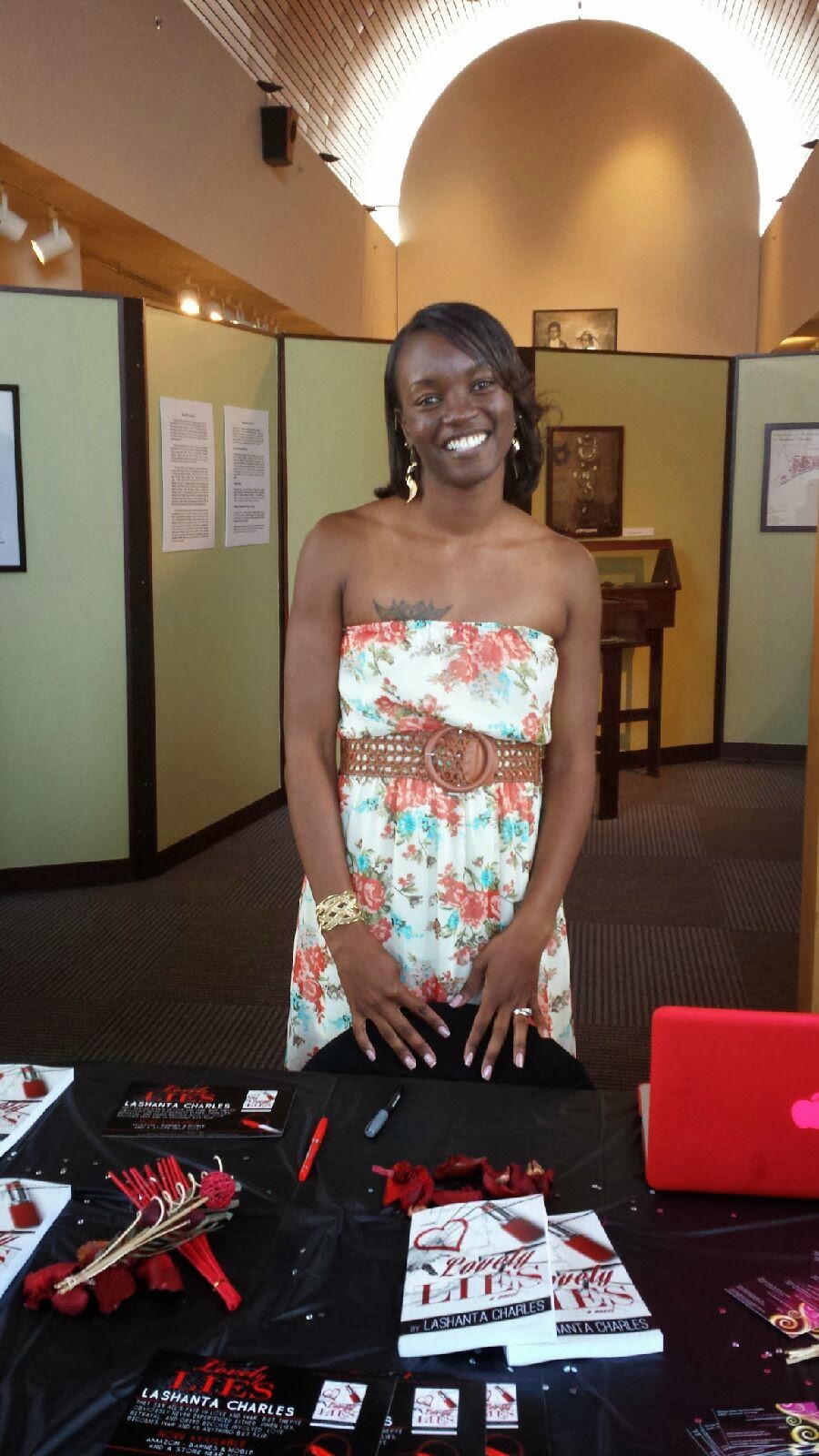 LaShanta Charles was born and raised in the small town of Orangeburg, SC. She has always been an avid reader of all genres, but Urban/African-American Fiction has always been her true love and is what inspired her to pursue a writing career. In high school, she began letting her classmates read the short stories that she would write and based off of their feedback, her passion for writing pushed her to become a published author. She published her debut novel, Lovely Lies, in 2013 and will release the sequel, Lovely Lies 2, in February 2014. Currently she is working in her third novel, Splitting Karma, along with other projects. In recognition of her work, LaShanta was named National Black Book Festival’s 2013 Best New Author and was nominated for 2013 Breakout Author of the Year through the African American Literary Awards Show. Lovely Lies was also awarded Most Underrated Book of 2013 for the Literary Scream Awards.
Currently she lives in Killeen, TX, with her husband and two children. She is pursuing a degree in English at Drury University and also serving in the US Army. Her hobbies include spending time with family, traveling, eating, and of course, writing. Her motto is “strive to excel, not to equal.”
You can learn more about LaShanta through the following online outlets: [Her website] [Delphine Publications] [Facebook] [Twitter]