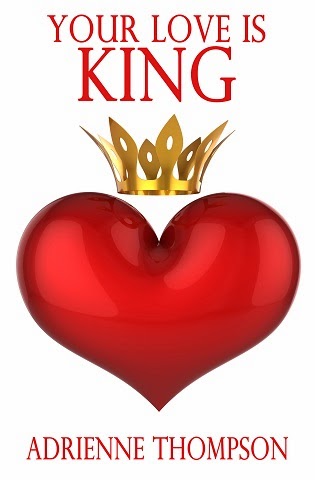 Divorced nurse and single mom, Marli Meadows, finds herself stuck in a rut. She’s tired of her life and decides to leave it behind and embark on a search for change. What she finds instead is love.

Purchase your copy of Your Love Is King today for Kindle (and paperback), Nook, Kobo, and Amazon UK!

From Chapter One: “You’re Not the Man”

I rolled over in the bed after a short nap, opened my eyes, and nearly jumped out of my skin. For a brief moment, I’d forgotten that Darius was lying next to me. The sight of him lying there asleep with his mouth wide open startled me.

I eyed him with disgust as I tried to ease out of bed undetected. I slid and slid until my feet finally reached the floor, then I tiptoed through the cluttered efficiency apartment into the bathroom. I peered into the smudged mirror and wondered to myself, What are you doing, Marli Meadows? Why are you here with him? I shook my head as if the mere action could erase my relationship with Darius Cotton right out of my life.

I squatted over the toilet and relieved myself, afraid to sit on the seat. Knowing Darius, there was no telling how many other butts had been on that seat. I turned the water in the faucet on to a slow trickle, still not wanting to awaken Darius, and washed my hands. I dried them with some toilet paper and then quickly pulled my underwear and work uniform back on and slowly opened the creaky bathroom door.

I exited the bathroom and found Darius sitting on the side of the bed, lighting up a blunt. Dang! I thought, if I don’t get out of here quick, I’ll be smelling just like that stuff and probably get a contact high. It’d be my luck for them to pop up with a random drug test at work and that crap’ll show up.

“You leaving, baby?” he grunted between drags. He rubbed his hand across his bare chest and stretched. I eyed his nakedness as I walked back into the room.

“Yeah, it’s already eleven. I gotta go home and get some rest for work tonight,” I answered as I gathered up my purse and slipped on my shoes.

With a lopsided grin on his face, he revealed two rows of shiny gold teeth and said,
“Yeah, cause you know if you stay here you gon’ have to put in some more work, huh?”

I swallowed hard. I know this sounds strange considering the fact that I’d just had sex with him, but the thought of kissing him really didn’t appeal to me. It took all I had in me to walk over to him, bend over, and plant a kiss on his dark lips.

He swatted my butt. “A’ight girl, I’ll holla at you later. Don’t work too hard tonight.”

I shook my head as I closed the door behind me. We’d been “seeing” each other for nearly two years, and he still mispronounced my name. Well, it was either that or he was just so country that it sounded like he was mispronouncing it.  Whichever was the case, it was irritating.

I walked down the steep stairs from Darius’s apartment out onto the parking lot.  I unlocked and then climbed into my Toyota Camry which was parked right next to Darius’s souped-up Chevy Caprice. I rolled my eyes at the repeated Louis Vuitton logos covering his car. I backed out of my space and glanced at his license plate which read, SMOKONE. I sighed as I pulled off the lot. 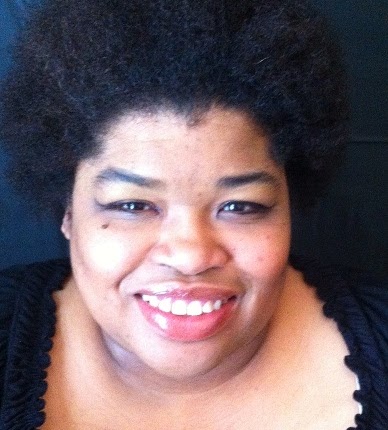 Adrienne Thompson has worn many titles in her lifetime–from teenage mother to teenage wife to divorcee to registered nurse to author. This mother of two young adults and one teenager currently resides in Arkansas with her daughter where she writes and publishes her stories full time.