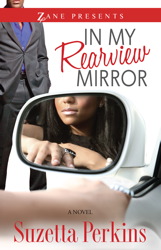 Margo Myles is getting ready to give birth to twins, but she isn’t sure who the babies’ daddy is—her soon to be ex-husband, Jefferson Myles, or her one-time fling with hot-buttered soul, Malik Mason. Malik is running for a state senate seat and no one is going to take the sweet smell of victory from him.

Ivy Myles, Margo and Jefferson’s eldest daughter, is moving back home. She’s been estranged from her parents, but a new love calls her back—and her love is none other than Malik Mason. Malik intends to make Ivy his wife. But will she be a distraction on his way to the Senate?

It’s political scandal at its best. It will have you moving cobwebs out of your own closets.

You can purchase In My Rearview Mirror at Amazon and Barnes and Noble! 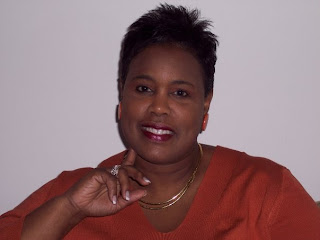 Suzetta Perkins had the heart of a writer at a very young age. As a dreamer, writing was one of the avenues that allowed her to dream big and take her imagination beyond the boundaries of the four walls of her bedroom. She wrote many short stories, and in high school, she became the co-editor of her school’s yearbook. Today, Suzetta has traveled many miles since her early days. She has been to more than twenty countries and has lived and/or visited just as many states in the U.S. She plans to write stories whose backdrops come from the experiences she’s been fortunate enough to visit. To have traveled and experienced the world as she has is a story in itself.

The mother of two grown children and one granddaughter, Suzetta finally realized her dream of writing a full-length novel. In 2000, she penned her first novel, Behind the Veil, a mainstream suspense novel that looks into the life of a man whose greed and deceit nearly costs him his family, livelihood, and his life. Suzetta Perkins is also the author of A Love So Deep, Ex-Terminator: Life after Marriage, Déjà vu, Nobody Stays the Same, and At the End of the Day. She is also the cofounder and president of the Sistahs Book Club.