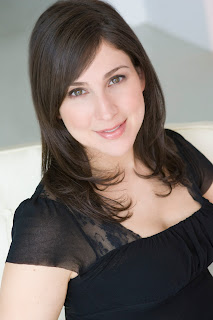 Brenda is the author of JACK WITH A TWIST and SCOT ON THE ROCKS. Her third novel, RECIPE FOR A HAPPY LIFE, was recently published by St. Martin’s. Her work has also also appeared in the New York Post and Publisher’s Weekly. You can find Brenda on her Website, on Facebook, or on Twitter at @BrendaJanowitz. 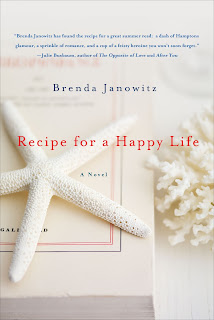 There’s more than one recipe for a happy life.

Hannah Goodman doesn’t grow up like most kids on the Upper East side. Her mother, Gray, is an award-winning photojournalist with little time for the banalities of child-rearing, and when she’s not jetting off to follow the latest scoop, she’s camped out at the Hotel Chelsea. The closest thing Hannah’s got to a traditional matriarch is her grandmother—a glamorous widow six times over with a sprawling Hampton’s estate. But Gray is determined that her daughter resist the siren song of the trust fund set, and make her own way in the world. So Hannah does just that—becoming a successful lawyer in New York City, and dating a handsome musician. Hannah has it all, or so it seems, until one hot June day the carefully constructed pieces of her life break apart. When she throws it all in and seeks solace at her grandmother’s estate, she discovers that where happiness is concerned, you don’t have to stick to the recipe.

From the author of Jack with a Twist and Scot on the Rocks comes a charming, clever, and romantic novel about three generations of women with a culture all their own.

“Brenda Janowitz has found the recipe for a great summer read: a dash of Hampton’s glamour, a sprinkle of romance, and a cup of a feisty heroine you won’t soon forget. RECIPE FOR A HAPPY LIFE will keep you charmed from beginning to end.” -Julie Buxbaum, author of After You

Read an excerpt of Recipe for a Happy Life HERE!

What is Recipe for a Happy Life about?
RECIPE FOR A HAPPY LIFE is about three generations of women with a culture all their own. When Hannah finds herself spending the summer with her glamorous grandmother, a widow six times over, at her sprawling beach-front Hamptons estate, she learns that there’s more than one recipe for happiness.

A story of mothers and daughters, grandmothers and grandchildren, RECIPE FOR A HAPPY LIFE is a quirky story about correcting the mistakes from your past and trying to create a future for yourself.

Where did you get the idea for Recipe?
My own grandmother, of course! One summer, when I was single, Grandma Dorothy informed me that she would be renting a house in the Hamptons. No more of these silly share houses I was doing with my friends each summer. They were getting me nowhere (read: still single and over thirty). Instead, I was to stay with her and she would help me meet someone. The only problem with this scenario was that I was sure she’d meet a man before I did. She had sparkling crystal blue eyes and a killer figure. My own hazel eyes and good birthing hips were no match for her easy glamour and style.

When she found out that a Hamptons summer rental costs more than the gross national product of some countries, the idea sort of fell apart. But it gave me an idea—what if a young woman spent the summer out in the glamorous Hamptons with her even more glamorous grandmother?

Who or what inspired you to write this book?
See above: my grandma Dorothy! But becoming a mother also inspired me, as did my own mom, who is my best friend.

I didn’t realize it at the time, but I wasn’t ready to write a book about the bonds of mothers, grandmothers and daughters until I became a mom myself. Once you become a mother, there are so many things you learn—like the way your mother and your mother’s mother love you. You think you know love, but once you become a mother, you learn that there are different types of love. I couldn’t write a book about women who loved each other that way until I experienced it myself.

How is Recipe for a Happy Life different from your first two novels?
My first two novels would be classified as “chick lit,” which is to say they’re smart, funny novels with heart about a single girl living in the city. And that’s exactly what I was at the time. But just as I’ve grown up, my writing has grown up, too.

This book is different in so many ways. In my first two books, I was really focused on writing a funny story. The sort of book that would make you embarrass yourself in the subway from laughing (I’ve gotten that email from numerous readers and it makes me smile each time someone tells me that!). The sort of book that could make you forget your problems for an afternoon (two different people read my second novel while getting chemo and told me that it helped them to keep a smile on their faces through an awful situation). The sort of book that’s just meant to be read on a plane, or a bus, or a beach (you could also read them on a subway, on a train, or by a lake. I don’t discriminate.).

With RECIPE FOR A HAPPY LIFE, I was looking to do something different. Something more grown up. Something deeper. The idea for the book—a granddaughter and her grandmother out in the Hamptons for the summer—was originally played for laughs. Much was made of the fact that the grandmother meets a man before her granddaughter does.

I did the first major overhaul of the novel while I was pregnant with my first son. Everything was different for me—I was changing as a person, my voice was changing, and so, too, did this novel. I began thinking more deeply about the ties that bind mothers and children, grandmothers and grandchildren. How we hurt each other. How we can forgive. What that means.

When I was six months pregnant and almost finished writing the book, my mother was rushed to the hospital for emergency open-heart surgery. It was the most harrowing 24 hour period of my life (until I had kids, but that’s another story entirely), and even though my mother made a full recovery, it took me a long time to recover myself. It was the same time that I was writing a death scene for RECIPE and it was impossible to write. I was still so scared from almost losing my mother. I wrote it quickly, tried to get through it quickly, and one of my first readers, author Lynda Curnyn, called me out on it. She told me that this wasn’t the time to write a death scene. I needed time away from it. I needed to heal. I needed to process.

She was right. It took me another year until I was able to get the scene right. And the book changed again.

The book that I finally created is the book I’m most proud of—it’s my best writing, the best story I’ve told to date. It comes out this July—a full five years after my last book came out. I hope that readers will think it was worth the wait.

Here’s a fun question: which actors would play your characters in the movie version of the book?
Oooh, this one’s tough, because one of the main characters in the book is a 76-year-old grandmother, and Hollywood typically likes ‘em young.

I think Joan Collins would be perfect to play the part of Hannah’s grandmother, but my editor likes Shirley MacLaine. (Joan, Shirley, call me!)

For the granddaughter, there are so many talented actresses I love: Natalie Portman, Gwyneth Paltrow, Jennifer Garner, Drew Barrymore. Each would bring something really special to the story.