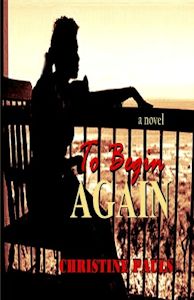 In Birmingham, Alabama, fifteen-year-old Celeste Stanton’s life revolves around the strict religious upbringing of her aunt Ruby Stanton who has raised her since birth after her mother’s death. Her world consists of church and more church. But when the pastor’s son, Jordon Jackson, confesses his love for her, they become more than just friends, and her first sexual encounter changes her life forever when her daughter Shelby is born. Becoming a mother at 17 would bring challenges not once but twice. When Claudia is born eighteen months later, Celeste is forced to grow up faster than she can blink, but where there’s a will, there’s a way, and she manages to survive with the support of her family and best friend Joy. She experiences heartbreak, love and tragedy and learns that life is a constant; it never stays the same. To Begin Again is the story of life’s lessons; it’s a story of the sheer will to persevere in spite of what obstacles may be in your way. It’s a story of learning that what we have been taught, no matter how much we felt we were being lectured and hovered over, was for our good, and it was all because of love. Celeste will find out all of those lessons and more.

It was a hot Sunday morning, and Ruby was in the kitchen preparing dinner. The sound of gospel music echoed throughout as she sang along and the aroma of fried chicken engulfed the entire house.

Celeste tossed from side to side, inhaling the scent, pulling the covers over her head thinking she should just stay there and take whatever punishment her aunt inflicted upon her, but she heard her name, this time louder than before.

“Celeste, you hear me calling you, girl, get up out that bed right now!”

She couldn’t understand why she had to get up so early; church didn’t start until eleven, and it was only six-thirty in the morning.

“She makes me sick,” Celeste said under her breath. At fifteen she’d had quite enough of church all the time. They went twice on Sundays, Tuesday, and Wednesday for bible study and again on Friday night. She wondered just how many times you had to go to church to get to heaven.

Celeste threw the covers off her body and stretched. The sun was shining brightly through her open bedroom window, and her fan blew the warm air of the summer heat. She looked around her room; it was her favorite place, adorned with purple bedding and accessories to match; she kept her room neat and organized. The walls were painted a vanilla cream, and posters of her favorite singing group, The Jackson Five were taped on her wall. It made living with her aunt’s strict upbringing and religious ways a lot more bearable. The room was her escape; she would stay in there for hours writing and listening to music, anything to get away from that woman’s constant nagging and preaching, sending her straight to hell every chance she got.

Celeste’s thoughts wandered to the pastor’s son. At least I get to see Jordon. Plus it’s Youth Day, and that’s good enough reason to get up and make sure I look my best. Jordon played the piano for the Youth Choir. His caramel skin, hazel eyes, and curly brown hair were just what the doctor ordered. All the girls wanted to be his, including Celeste.

She sat up in bed and drifted off into a daydream. Suddenly she felt a sting on the back of her head.

“Ouch!” she yelled. There was her aunt Ruby standing there looking down on her with her hands on her hips. She stood 4′ 10″ and weighed well over 200 pounds; her skin was a deep dark brown and she’d always pull her shoulder length salt and pepper hair back, pin it up and tie a scarf around her head. Those brown eyes were like daggers when she was mad, and this morning, she was mad at Celeste.

“Didn’t I tell you to get yourself up out that bed and get ready for church? Plus I got things for you to do in that kitchen!” She yelled.

Without a word, Celeste raced to the bathroom to get herself ready for a long excruciating day.