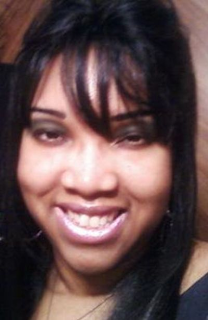 Stacy-Deanne (Dee-Anne) is a novelist of mysteries and interracial romantic suspense. She started writing professionally in 1997 when she was nineteen years old. Stacy grew up loving the suspense genre. Her idols are Edgar Allan Poe and Alfred Hitchcock. Her love for Psycho and many of Hitchcock’s movies fueled her fire for suspense. Stacy´s books include Everlasting (Simon and Schuster, 2007), Melody (Simon and Schuster, 2008), Giving up the Ghost (Peace in the Storm Publishing, 2011) and The Season of Sin (Peace in the Storm Publishing, 2012). She was born, raised and currently resides in Houston, Texas.

Where does your passion for writing come from?
Writing is a huge part of my life. It makes me happy, keeps me satisfied, and even grounded. I’ve always struggled with horrible anxiety since childhood, and when I got older, I realized I had anxiety disorder. It is incredibly hard to live with anxiety disorder. It’s almost like living in a prison at times because you’re paralyzed about the simplest and most common things. It can become crippling at times, and writing is one of few things that calms me and relaxes me. Due to my disorder, I struggle with stress, which can take a toll on my health. Writing rescues me from succumbing to my nerves, and it actually gives me a sense of purpose. I don’t know what I would do if I wasn’t a writer. I’d probably be in a state of depression or so full of anxiety I’d be in a constant panic. I couldn’t see myself without the craft. My passion comes from the hope and comfort writing gives me. It’s not just something I do; it’s a necessity to live.

If your passion for writing was a color, what color would it be and why?
It would be every single color of the rainbow. For me there are just so many sides to writing and how I feel about it. Writing is such a versatile craft, and it deeply impacts my emotions. It can bring out many sides to how I feel. I think of colors as being mirrors to our emotions, and since my emotions during writing changes from time to time, it can be any and every color to me.

How do you keep the passion burning in your relationship with storytelling?
Easy because without writing I’d be a basket case. Seriously. I’d be a complete wreck. I might be an alcoholic or pill popper if I didn’t have writing to stimulate me and keep me calm. Like I said, writing fulfills me unbelievably. I feel like I was put on earth to do this. I didn’t know where I belonged or what I should do before becoming a writer. I had other dreams, but once I ventured into writing, I fell in love. I love storytelling because it allows me to live through my characters. I’m not outgoing; in fact, I consider myself reclusive. I don’t live my life through the outside, but I live it through the inside, which is my imagination. Ever since I was a child, I imagined things and pretended to be other people. Through storytelling I’m in control of other people (characters) and that’s the most exciting part. I also love the fact that something stems from my mind and others wanna read it. LOL! That’s just too cool. 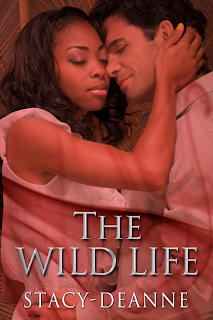 [Buy your copy of The Wild Life today from the publisher’s site!]

When Albany Detective Brianna “Bree” Morris learns that Cuban crime lord Milan Varela wants her estranged father dead, she heads off to Miami to find out why. With Homicide Detective Jayce Matthews and her ex-lover Detective Steven Kemp she devises a plot to get close to the Varela organization.

Brianna finds herself attracted to the older Milan and falls deep into his web of seduction while fighting to keep her mind on her mission. Milan is equally drawn to Brianna and vows to win her trust and her heart.

Is Milan really the villain when it comes to Brianna’s father? Or is he the victim?

Is Brianna’s father really in danger or is there more to the story than anyone could ever imagine?

Brianna risks her life to save her father’s but will she end up losing her own?

The steamy, explosive, and super-hot new installment in the Bree and Steven Series!

Excerpt from The Wild Life

“What do you expect me to say, Steve?” Brianna sat beside Jayce. “I don’t even know what’s going on.”

He bent over her. “Can’t anything go well for you, woman? Why do you keep getting yourself in these predicaments?”

“Oh excuse me for coming home and finding a man in my kitchen!”

Jersey tugged on her ears. “I have a huge headache and one of my officers has just been attacked. The last thing I need is for you two to argue.”

Steven and Brianna made faces at each other.

“We’re worried about you, Morris. Tell us what’s going on so we can help.”

Davis slunk into the room and rested at Brianna’s feet. She scooped up the brown feline.

“The guy that tried to kill me…” She scratched Davis’ ear. “Well he worked for Milan Varela.”

“Are you f***** kidding me? A man who worked for the head of the Southern Cuban Mafia was here? Here?”

“I was telling Bree that a friend of mine in the FBI might be able to help her,” Jayce said. “It’s about her father. They’re looking for him.”

“George?” Jersey’s green eyes beamed from behind her glasses. “What the hell would the Cuban Mafia want with George?”

“No telling. You know the life my father lives. It’s full of risks and he makes no apologies for it.”

Jersey touched the back of her neck. “How the hell could he even get close to Milan Varela in the first place?”

“So this is the type of stuff your father’s always into?”

“Jayce my father has never been a father to me. He stays gone for decades at a time and pops up probably once every ten or fifteen years when he wants something. I wonder if he even remembers he has a
daughter half the time.” She kissed Davis’ head. “Right now what’s important is this mess he’s got going with Milan. Why would he want my dad dead?”

“I just can’t believe this. I mean your dad has been involved in some shady things during his life but nothing like this. What are you gonna do, Morris?”

“As much as I hate him, I can’t let anything happen to him. I gotta find out where he is.”