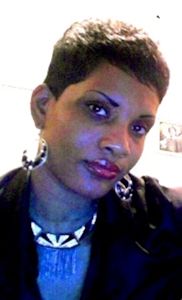 Dee Dee M. Scott is an author, screenwriter, playwright, director, and producer. Scott also wrote, produced, and directed, My Husband’s Woman-The Stage Play, which played for two shows at The Town Theater on November 27, 2011, and toured South Carolina. Currently, Scott is producing and directing her first film: Lake House, which she also wrote. It will be released to select theaters in the summer of 2013. Her magazine entitled Optimistic launched in December of 2012. The magazine focuses on celebrating life, and self-improvement.

You can learn more about Dee Dee at/on:
[My Husband’s Woman Stage Play on Facebook] [Dee Dee Scott on Facebook] [Twitter]
The Passion for Writing – From Dee Dee’s Pen

If your passion for writing was a color, what color would it be and why?
I would say the rainbow because I am able to write in many different genres. I will also say red and orange. Red is an emotional and intense color and my stories usually are. I named Orange because it represents creativity. I like my stories to be creative, innovative and fresh so I write them in a way that they have never been told before.

How do you keep the passion burning in your relationship with storytelling?
I have fun while I’m writing and I never force a story. I let my characters tell the story naturally. 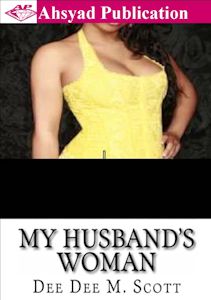 [Buy your copy of My Husband’s Woman today from Amazon: Paperback and Kindle]

Young and beautiful twenty-year-old Meshia can have any man she wants, but who she can’t get enough of is her thirty-eight-year-old, married lover, Byron. Successful attorney Byron enjoys being the world of two women; a wife he loves and a mistress he lust for. Wife Alexandra has based her sanity on the faithfulness of her husband, Byron. When she discovers their hidden affair, she takes Byron and Meshia into a bizarre world, one of which they could never have dreamed of, even in their worst of nightmares.
Excerpt from My Husband’s Woman

“Only two types of women sleep with married men: their wives and whores. At least that’s what my boyfriend’s wife told me before she shot me in my back,” Meshia said, using the Kleenex to wipe the tears from her brown sugar face.

Meshia focused her intense gaze on the young women who lived at the Brownsville Girls’ Home. They sat in rapt attention, clinging to her every word.

“I didn’t consider myself a whore,” Meshia continued. “In fact, I was just like most of you. I was young, beautiful, and naïve. I used to love to have fun and hang out with my older sister Tammy. But the moment I met my married lover Byron, my life changed forever. Byron was an attractive, successful attorney. He was eighteen years older than me and he blew my mind. I was so into him, that even after I found out he had a wife, I continued to sneak around with him.”

“Are you coming to a point?” an obstinate-faced young woman from the audience interrupted. “I mean, how is this speech about you creeping with some married man supposed to help me?”

“Maybe it will keep you from making the same mistakes I did,” Meshia said, stepping from behind the podium so she could get a better view of the young woman who’d just spoken.

“Look lady, I ain’t ever messed ‘round with no married man,” the woman said, rolling her eyes and neck now. “So I’m asking you again, how is this speech supposed to help me?”

“If you were so perfect, you wouldn’t be in the Girls’ Home right now, would you?” Meshia asked.

Many of the young women began laughing; their rambunctious chattering over took the cavernous auditorium.

“It’s obvious you’ve made a few mistakes,” Meshia replied over the sudden din. “Maybe your mistakes had nothing to do with cheating with a married man, but you made a bad choice that landed you in here. So sit back and listen to my story, and maybe you’ll see that I can help. I’m here today to talk about choices. The choices you make can ruin or even take your life. I want to share with you a choice I made, and the steep price I paid for it. I promise you, by the time I’m finished, you will think more carefully about the things you do and the choices you make.”

Meshia sat on the edge of the stage, her eyes blurry with tears. She peered out into the crowd. “Now let me tell you about Byron…”

Byron patted his pockets. His wife Alexandra was calling his cell phone: his girlfriend Meshia was paging him.

Byron answered his cell phone: his wife always came first. “Hi honey,” Byron spoke into his cell phone as he rushed through the halls of the crowded courthouse. He had a case going to trial in ten minutes. “Yes, I do remember we are having dinner at the Sanders tonight,” he told his wife Alexandra. “I love you.”

After turning his cell phone off and then on again, Byron dialed his girlfriend Meshia’s number. Meshia picked up on the first ring.

“You stopping by my place in a few, baby?” Meshia asked in a light, innocent tone.

Byron felt his heart pumping faster from the sound of her voice. “No, but I’ll come over in an hour or two. We can spend the entire afternoon together.”

Byron flipped his cell phone closed and wrapped his hand tighter around his briefcase, his mind on the personal injury case he had this morning. The insurance company had not wanted to settle, but Byron was positive the jury would side with his client and award a generous compensation for the motorcycle accident.

“It must be nice having a wife and a girlfriend,” a sarcastic voice announced beside him.

Annoyed, Byron glanced into the tan face of his legal assistant. He had been so consumed in his thoughts that he completely forgot about William. “It is nice having two women,” Byron admitted with a devilish grin on his handsome, dark brown face. He pushed the button to call the elevator and leaned his slender, athletic frame against the sidewall. He towered over William who stood docilely beside him.

“Aren’t you the least bit afraid that your wife will find out about your girlfriend?” William asked, his ocean blue eyes sparkling with intrigue.

“My girlfriend knows I’m married: she doesn’t have a problem with it. She actually believes that someday I’m going to leave my wife for her.”

Byron ran his hand over his neatly trimmed sideburns. He looked distractedly at the elevator’s numbers that were slowly moving down. “But I’ll never leave my wife,” Byron confided, looking at William again. “My wife is the entire package. She’s beautiful, classy, and politically astute. My girlfriend is totally opposite. I mean we have absolutely nothing in common. She’s young and naive. She loves to listen to old school rap music and watch comedy movies. But man, you should see her body!” Byron shook his head and smiled. “The only thing she’s good at is sexing me. She has this perfect little frame, and she knows how to drive me crazy in the bedroom-”

“Spare me the details.” William cut him off. He glided his manicured hand through his blond hair. “What would you say if your girlfriend told you she wanted another man for all those lonely nights when you’re with your wife?”

William laughed. The elevator finally arrived, unloading a dozen people in a flood.

William, Byron, and a few other bystanders stepped in.