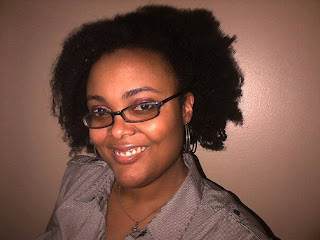 From Iowa, but later relocating to Alton, IL and St. Louis, MO, Kai Leakes was a multifaceted Midwestern child, who gained an addiction to books at an early age. Sharing stories with her cousins as a teen, writing books didn’t seem like something she would pursue until one day in college. Storytelling continues to be a major part of her very DNA, with the goal of sharing tales that entertain and add color to a gray literary world.

In her spare time she likes to cook, dabble in photography, and assists with an internet/social networking group online. Loving to feed her book addiction, romance, fantasy and fiction novels are her world. Reading those particular genres help guide her as she finds the time to write and study for school.

Where does your passion for writing come from?
Ever since my mother indoctrinated in me the love for reading, the passion to create my own world of stories, filled with fairy tales, mermaids, and later as I got older, superheroes, magic, vampires, romance, and more, I believe that passion had always been there. It was encoded in my DNA from a family who loved to read. The craving to actually sit and write out that passion only sparked later when I was in college and later after I had graduated, but before that, the oral storytelling started in my teens when I would create my cousins stories at our sleep overs.

If your passion for writing was a color, what color would it be and why?
My favorite colors are always purple, and sometimes red. If you think on a color wheel, in order to create purple, you need two colors, red and blue.  They say blue is a calming color and red is a passionate color, I think it’s perfect that I have the equal balance of both. I am a Libra so, for me, writing gives me the chance to balance out my desires to just disappear into my own mind, yet still be in the present. This is why I overall chose purple for my writing color.

How do you keep the passion burning in your relationship with storytelling?
Now this is a slightly difficult question.  For me writing and storytelling are two completely different things. I call myself a storyteller before a writer. So, for me, in order to keep my passion burning with both, I oftentimes find myself either reading other books when I have the time, or watch a good movie or television show. I also enjoy being a procrastinator which lets me just sit and be in my own mind, telling myself various storylines, that I may or may not use in the future. I also have conversations with one of my muses in the flesh, which helps me divvy out the clutter in my mind, that may be holding back a great story, plot idea, or character. Otherwise, you can find me nose deep in a book or watching a great show or movie. 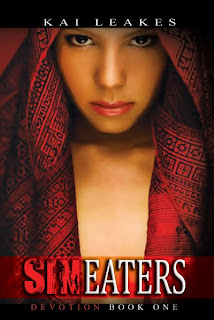 Buy your copy of Sin Eaters today from one of the following locations:
[Amazon] [BN.com] [Apple] [Google Play] [Walmart] [International Purchases]
Khamun Cross was born to do one thing and that was to watch Sanna Steele, a woman so unique and special he would risk his all to have her. So what, that in his job of watching her, he happens to prowl the streets, hunting the very things that go bump in the night. Even monsters or everyday looking people that steal humans’ souls become Khamun’s victims, and he brings with him a power, a vampirism, that would send one straight to the dark.
Khamun craves the darkness in his victims as if it were his own personal dinner, but not as much as he craves the very woman he has been ordained to watch over as her Guardian Angel. Sanna Steele is just your average twenty-seven year old, with your everyday hopes, dreams and insecurities. She is clueless about the war that is secretly raging around her in the streets of St. Louis. A war she will soon become a part of. But what is so special about Sanna that the very things that go bump in the night, seeks to snatch her from her very existence in life?
Excerpt from Sin Eaters

Metallic, sweet and mind intense flavor filled the air. The quiet that floated around made the hairs on passerby’s in the night to stand up as if the already chill filled wind wasn’t enough to have them shivering. Rich, black ebon swallowed the alleyway keeping the individuals who occupied it secured and sequestered away from all who dared peek down the tight tunnel. Water idly sliding down the asphalted street, mixed with oil and idle trash skating against the cracked surface, cushioned midnight colored Timberland’s as the flash of twinkling light cascaded in a flash like a pulse near the booted body.

Inhaling even shallow breaths, the individual listened as all sound seemed to be absorbed away as if in a tornado. This silence triggered the timed attack, which had the anticipation in the individual’s body expand with power, velocity, speed and well checked strength.

If one was to be one of the many idle flies which hovered in the nearby dumpster, they would be amazed at the sight of the super human individual running in an almost flying position and landing on the second hulking form in the alley.

The rise of a scent that had cats meowing and arched in defense on the railings of a window and under a parked car filled the air again as the crisp white flash of light slashed in the night air, landing against the second balked individual as the attacker hissed.

In a fraction of a blink, claws the size of an oversized lion slashed in the air as tentacles dipped out near the blind spot of the attacker, making the being jump in the air. Bringing down a flashing light of metal unto the second balked former human looking being but now entity of horrendous looks, the precise slash against the entities flesh caused the now familiar smell to fill the air once more.

The attacker crouched low in a resting battle position, taking in shallow calm breaths as the thing turn to attack again, running full speed. Its Italian leather wing tipped shoes creating a rhythm of tapping song on the alleyway floor, causing the attacker to hum, throwing the entity off its thoughts.
Light sheen of perspiration kissed the attacker’s forehead with each calm inhale. The attacker lived for this, loved it and desired the hunt of creatures such as this.

Strategizing the next move, the attacker thought back to how this prey was hunted. A quiet smile flashed across the attackers lips. It wasn’t hard to get to the sick bastard, the attacker posed as the entities preferred targets, an angry teenager, who wanted nothing but to get away from their parent. It made the attacker clutch the blade that nestled comfortably against his palm, in anger at the obscene and pornographic discussions that would occur with the demon.

It made it even easier to identify that this monster wasn’t the shrewd Italian entrepreneur he portrayed to be, but was in fact a succubae level soul polluter demon. These breed of evil were the most degenerate of demons, they enjoyed feasting off the pain of the victims through lewd sexual means, physical decapitating torture and flesh eating.

Knowing this, it silently pleased the attacker to stalk and mentally threaten the demon’s territory by baiting it, since these demons were known for their territorial nature.

Allowing the demon to believe they were to meet up outside of a popular artist’s concert, the attacker led the demon to the alleyway through simple mind manipulation and the rest is history. Shuddering with a lethal dose of pleasure and battle tactics, the attacker’s body tightened with the wait as the breeze in the alley lightly brushed against skin.

Side stepping within the low crouch, the attacker pivoted and flipped forward with the lithe agility of a panther producing a silver gun. Suddenly as if time stopped, bullets exploded in the air as the glimmering and glowing objects penetrated the thrown back body of the beast, causing it to howl in pain.

The attacker ran full speed, watching the bullets hit each expertly calculated point on the beast’s body. Landing a blow to the entities ribcage; the muscles in the attacker’s bicep tightening with the impact of breaking bones and tearing flesh.

Seething in anger, contempt, disbelief and hate, the monster attempted to slash at the attacker with its claws, its teeth dripping with a mixture of its own blood and a liquid miasma. The beast successfully slammed the attacker into the side of a building, breaking bricks and creating a crater in the wall, rushing like a bull to launch another attack of teeth and claws. Pivoting out of the way with a deep guttural grunt, the attacker let another round of bullets to release and absorb into the slashing and bleeding beast, watching him fall.

High pitched human screams burst from the beast as it lay on the cold glistening wet pavement, its twisted and contorted body writhing as the attacker casually walked over it kneeling down and grabbing it by its neck.

Watching slowly as the entity howled, hissing and fighting back, its eyes begged to be left alone as its tentacles and claws melted away into a very human hand. As the once beastly thing revealed itself during its cries, a disheveled looking handsome muscular man, dressed in an Italian designed straight from the runway suit, coughed up spewing blood and wheezed in agony. The clawing man, murmured in unintelligible sentences, his sun kissed olive skin, slowly fading into a murky grey.

Wrinkles of decay and diseases, emitting from his once handsome frame, seemed to slosh away with every scream of pain and anger. Flowing oak colored hair, drifted away as if it was dust in the wind. The man reached out attempting to tear at the attacker’s throat as flashes of the demon’s past life of darkness flowed into his vision through the eyes and briefly flashed smile of the attacker’s photogenic face.

Hunching over in a swift movement that would rival and shame a snake, if a snake could be shamed, the attacker hissed, claw palmed the man in the chest clutching at his engorged heart to pull it to its surface, beating against rapidly thinning skin, as the man screamed in garbled terror.

“Ashes to ashes…”, was whispered in the air as the attacker pulled the heart from the man’s cavity and ferociously bit into the side of the screaming man’s neck tearing and cavernously biting until the attacker’s mouth seemed to fuse with the writhing man’s jugular, as rivers of blood fluidly glided everywhere.
-Sin Eaters by Kai Leakes ©copyright 2012-