How did the idea for your book There Are No Good Men because There Are No Good Women present itself to you?
I’ve always had a passion for women and the struggle they have with obtaining suitable companionship. But I guess I decided to put my learned experience in words when I decided to end my marriage and got back into the dating world. I would have these conversations with men and most of them would tell me how I should share my knowledge with other women. Listening to their stories gave me the insight from a male perspective as to what women were doing wrong and what they could improve or change to be in a good relationship. 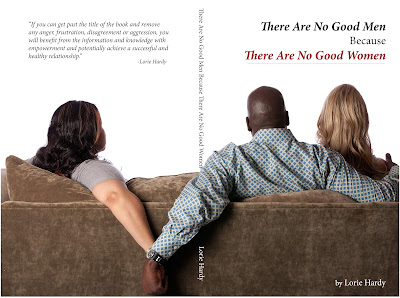 This book is about situations and actions that women accept from men who continually treats the women badly; and the advice and solutions women can use to gain back their power.

Let’s talk about your journey of writing the book. How easy, difficult was it? What pushed you to write this idea to its completion?
It was very difficult for me to complete my novel, only because I was a huge procrastinator and had so many ideas in my head that I felt overwhelmed. At first I would try to work on a different book everyday to feel as though I had accomplish something, but in actuality I wasn’t really accomplishing anything. My first boost came from Steve Harvey when he completed his book in the same genre as mine. But what really got me to get going, focus on one book and complete it, was a conversation with my fiance’ who has always been supported and whom I have daily conversations with most of the time about relationships. We were talking about an article on-line regarding a relationship and the title of my book just came out of my mouth and I knew immediately after I said it, that was going to be my title and that motivated me to complete my book.

How was your journey to get the book published? Did you attempt to get an agent? A publisher? How did that fare? Did you go the self-publishing route? If so, talk to us about that journey.
The journey to publish my book wasn’t a road paved in gold…lol. I absolutely did everything by myself, except the editing and book cover. I didn’t get an agent because agents aren’t cheap and I’m a single mother with 3 kids, 1 just graduated from college and 1 going into college. Also, agents can’t guarantee you that you will get your book published. Their job is to get you in front of the major publishers, but it’s your job to write something they deem as a best seller. I did a whole lot of research and didn’t understand the royalty process. How do you get a much larger percentage than I do and I wrote the book and paying you to print it? So I found out lots of avenues I could take that could save me an enormous amount of money. I got it copy written myself, because the cheapest place I found that would was charging me $220, when it only cost $35. I sent it to a POD and sold them off of my website or at book fairs because paying someone thousands of dollars to only get 2 to 5 copies, didn’t sit well with me. And if I wanted more copies I had to pay for them and you would get 80 percent of my sells where I would only get 20 percent. Now, that didn’t work for me, I’m definitely not discouraging or encouraging anyone to use this agency or that one. But I am suggesting that you do the research for yourself. There is nothing like finding out for yourself what you think will work for you. By all means, get other people’s opinion, but you make the final decision.

What avenues have you used to promote your book? Which ones have been the most successful? Why do you think that is?
I used a lot of blogtalkradio stations to promote my book, did a few Internet shows, still doing a weekly show that I have an opportunity to promote, social media, email, word-of-mouth. I think I did a good job of promoting and thought I would fair a little better than I did, especially since I have such a controversial book title. But there are so many books out there, especially since more authors have the ability to self-publish. It takes a lot of consistent effort to get your book out there to the masses. In that area, I think I could have done more, but my focus has been more on my play off the book that I haven’t really applied myself to the promotion end. 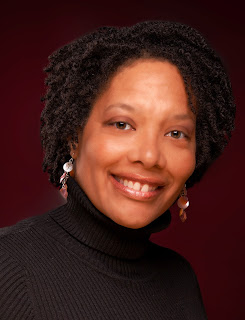 Lorie Hardy, is CEO/Founder of Empowerment4life.com, an organization focusing on the four main aspects of life; finance, health, employment and love, with an emphasis on love. Blessed with a genuine love for humanity, a positive outlook on life, she believes there is someone for each of us and desires to see everyone in happy and healthy relationships.

Lorie works as a Compliance Manager for the County, but has a passion for writing. She is the mother of three beautiful children, Amanda, Shannon, and Houston who were partially responsible for the completion of her first published book There Are No Good Men, Because There Are No Good Women. Her goal was to take what she’d learned through her troubling relationship experiences and share it with them to ensure that they would be better equipped to understand and to deal with the complexities of similar problems that might arise in their futures.

During her life journey, Lorie experienced things that would cause her to question God, “Why am I going through all of this grief?” She was a good person and didn’t think she deserved being treated in such an extremely undesirable way. We always think we know what is best for us. I had to learn that God was in control and knew what was best for me and mainly to seek Him before we make decisions.

Without pointing the finger at anyone else, she learned from a previous involvement, that you can’t always put the entire blame on the other person when your relationship isn’t working. “Even if you’re not causing the friction, you are equally as responsible if you’re not holding the other person accountable for the friction they’re causing.” It took 17 years for Lorie to understand and acquire the knowledge to pen her first book.

Once out of the storm, she realized that what she had experienced, wasn’t just for her personal growth and benefit. She had a testimony and a duty to share her story to empower every woman she encountered. She slowly began the task of writing her book, but it wasn’t until random women, strangers with similar plights, began to share their personal stories with her that she really became driven to complete her book.

Listening to the women, she began to realize that at some point in time, women had lost their self-esteem, their self-worth, and their power. “We as women have so much power, but we have relinquished it just to say that we have a man or simply because we don’t wish to be alone.”

Lorie is currently a Board of Director for Praying Single Mothers and is a weekly guest on the “Straight Talk” show broadcasting on starplanettv.com.

Lorie also is currently working on her second book and a play that will coincide with her first book. Lorie can be booked for speaking engagements through her website, www.empowerment4life.com, Twitter, Facebook, and e-mail.

If I’ve heard this once, I’ve heard women say it a million times. “There are no good men!” And I’ve heard men say, “There are no good women!” Now we’ve got the blame game going. Men are blaming women and women are blaming men. There can’t be a resolution if no one is willing to own up and make a change. Time after time I have heard women say, “I don’t know what happened. He wasn’t like that before. How could I have been so blind? When did he change?” Women are emotional creatures; men are visual creatures. Both have the tendency to get caught up in a persona and ignore the obvious.

Some women get so desperate to have a man that they will tolerate bad behavior just to say they have someone. Ladies, don’t get caught up in a person just because you are tired of being lonely. Loneliness makes you very vulnerable to men who don’t have your best interests at heart. I know everyone wants to be loved and love somebody, and I believe there is someone out there for everyone, but you have to make sure that you relinquish your heart to a person who will take very special care of it. You don’t want someone who will stomp all over it, bruise it, or cut it up and out.

It’s so humorous to hear women say that there are no good men. Women will get involved with a man they know isn’t any good, and when he does them wrong, the first thing out of their mouths is, “He wasn’t any good anyway!” Huh? Are you serious? If you knew he wasn’t any good, why are you involved with him? In response I get the gaze of a deer in the headlights. Ladies, we can’t keep blaming men for their inappropriate behavior.

Don’t get me wrong, there are some straight, no good dogs out there. They have got to have every attractive woman they see. They couldn’t remain faithful or treat you correctly if Jesus were holding their hand. It’s just who they are, they don’t see any wrong in it.

But the majority of men are influenced by the response they get from women. Men only do what works. If they are with a woman in one town and another woman in another town, and both women find out about each other and still stay with the man, whose fault is that? It surely is not the man’s fault. He’s only doing what he thinks will work, what he can get away with. And my question is, “Why? Why would you allow a man to be with another woman when you are in a relationship with him?” Yeah, I know there is a high infidelity rate. No one is faithful, everyone is cheating, marriage isn’t sacred, blah, blah, blah. But even though we all know this, do we have to follow suit? Can’t you step out of the box? Can you be the leader and not the follower?