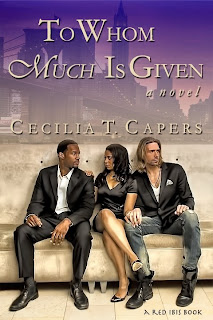 Purchase your copy of To Whom Much Is Given at Amazon!

Set in New York City, To Whom Much Is Given tells the tale of Avery, a talented, intelligent, and beautiful ‘30-something’ attorney with all the trappings of success as a member of the modern, African American “Talented Tenth.” She has the love and support of a multicultural mosaic of dynamic women friends who augment her life.

Avery is in a serious relationship with Antonio Dawson, a professional football player four years her junior whose family is part of Atlanta’s wealthy and influential ‘African American elite.’

However, like so many contemporary women, she longs for the days when she pursued big, passionate dreams. During this introspective period, her former lover from law school, Dean Everard Swithin, a British aristocrat, re-enters her world making her an offer she cannot possibly refuse. That is when Avery’s own drama begins. Scandal and deception change her heart as well as her perspective. Ultimately, Avery must take steps to confront her past, mend the wounds of her present, and and the strength to fulfill her destiny with the man she loves by her side.

The Cinematic Book Trailer of
To Whom Much Is Given

Capers, To Whom Much Is Given‘s author, wrote and narrated the cinematic trailer that highlights scenes from the novel as well as insight into her background. Actor Lawrence Saint-Victor, who appears on the CBS soap opera The Bold and The Beautiful, appears on the cover as the fictional Avery’s love interest, Antonio. Moreover, Saint-Victor directed the To Whom Much Is Given cinematic trailer in which he stars along with actors Toni Robison-May as Avery and John J. Thomassen as Dean. 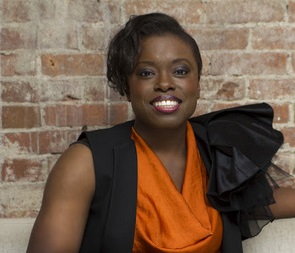 Cecilia T. Capers is a Long Island native who honed her writing skills as an English major with a concentration in theatre and film at Hobart & William Smith Colleges. Following a brief career as an elementary school teacher, she attended Yeshiva University’s Benjamin N. Cardozo School of Law. As a member of the New York State Bar, she has worked in government, as a lobbyist with a major law firm, staff attorney at one of the largest unions in New York State, and political campaign consultant. Capers writes and speaks frequently about the new age of publishing and digital marketing. You can learn more about Cecilia at her Website and Facebook page.